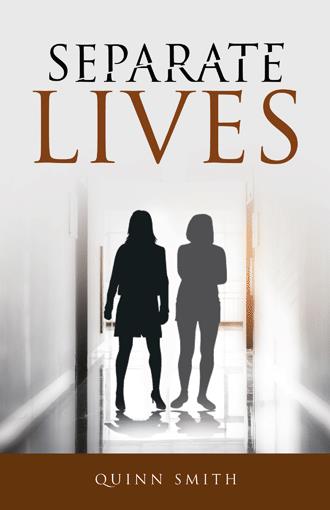 In a section of Memphis, TN called Smokey City, two girls; Lori Ann Keefer and April Gail Quincy grow up right across the street from one another. Though they attend the same elementary, middle and high schools, their perceptions of life and living are totally different. They do everything together! They go to the same church and get baptized at the same time. They take long walks in the neighborhood for fun. One excels academically and the other is a social butterfly. They both think they are lucky to have each other as friends. They both think they are smart in their own way. Both are popular in their own ways, but one has a reputation that often gets the other one in trouble. They double date as they get older and discover their integrity and preferences are totally different. As they approach womanhood, they realize their friendship is no longer an integral part of their life or development because college, marriage, children, distance, addiction, and jobs pull them further apart. They lose the one mainstay from their past - their friendship, which leads to different paths in their separate lives. You don’t have to talk every day to be a friend, but that friend must know that you will be there when they need you.

Stacey J. (Quinn) Smith is married to Julian H. Smith and they have three children, Anna, Julian II and Regina. She was born on April 4th in Memphis, Tennessee, the youngest of five children. She graduated from Northside High School, received a BA in English from LeMoyne-Owen (Memphis, TN), a MA in English from The University of Mississippi (Oxford, MS) and a MLS in Information Science from The University of Tennessee - Knoxville. She has worked at four different libraries including The National University Library in San Diego, California. She is currently the Director of Libraries and Information Services at LeMoyne-Owen College. She is a member of the Memphis Area Library Council, Bethlehem M. B. Church and is the president of her sorority, Zeta Phi Beta Sorority, Incorporated (Alpha Eta Zeta). When she has down time, she enjoys traveling with her sisters.