A Year of Solar and Personal Reflections 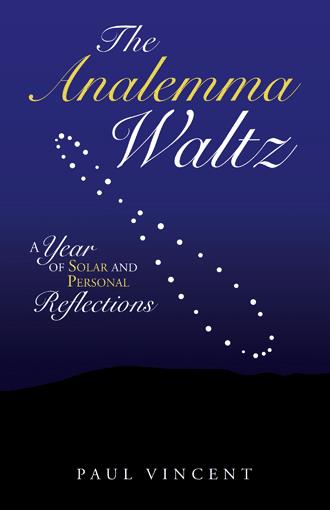 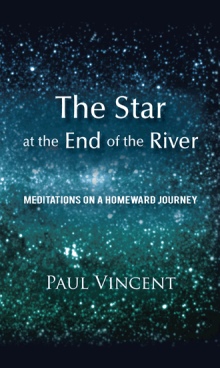 When author Paul Vincent moved into his new home in Bristol, Rhode Island, he was struck by how generously its interior gathered sunlight and decided to keep a record of the annual solar itinerary across its walls, floors and furniture. The result is The Analemma Waltz, a celebration of the sun’s slow-motion dance through his house, facilitated, in part, by its surfeit of windows, but much more so by the analemma—the narrow figure-eight pattern the sun describes in the sky in the course of a year in the Earth’s orbital journey.

Vincent’s habit of noting and minuting the changing positions of sunlight, day by day and week by week, was the catalyst for meditations on matters of universal concern, as suggested by the times and the seasons of the year and approached, not from the perspective of a scholar or academic, but from that of an interested layperson. Such matters, addressed in the monthly chapters, include the study of history, the virtue of tolerance, the conflict between science and religion and the morality of war.

Despite the varied nature of the essay topics in The Analemma Waltz, certain themes appear and reappear throughout the book, namely the author’s convictions that existential particularity is the occasion of both joy and sadness; that the world’s people, though the beneficiaries of seemingly endless breakthroughs in technology, are, and will remain, metaphysically vulnerable; and that appreciation prompting gratitude is the highest vocation of the human person.

Paul Vincent holds master’s degrees in historical and pastoral theology and is a former high school teacher, parish lay minister and catechist. A lifelong night sky observer, he is also the author of The Star at the End of the River—an extended meditation on the relevance of night darkness and the starry canopy to the human spiritual journey. Paul and his wife Cathy still live in the house that inspired the writing of The Analemma Waltz.