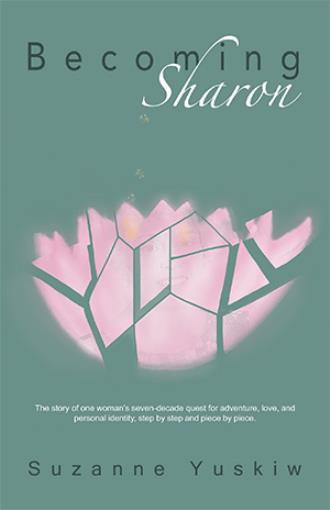 “Nineteen eighty-one was the year that fractured the mosaic of my life and set in motion its reconstruction shard by shard.” –Trin McCormick

It is 1950 when Sharon Theresa McCormick, called “Trin,” is first challenged by childhood polio and the constraints of her Boston Irish Catholic upbringing. As her coming-of-age journey unfolds, Trin proves to be a classic survivor overcoming every barrier in her search for love and identity.

At first tentative and shy, Trin meets and interacts with many muses who serve as catalysts for personal growth. The first is Bobby Newcomb, a childhood bully who summons a power she did not know she possessed. Brushing aside the aftereffects of polio as irrelevant to living a full life, she steps into young adulthood in 1968, a turning point in America's history that leads her down a new path toward Stanley Hylton, a brilliant Black student who challenges her naive thinking. In midlife, both her marriage and her fragile self-image are threatened by Jeff Stone, the romantic younger man who nearly destroys her.

In her adventures and misadventures, Trin reflects every woman's life, facing heartbreak, midlife crisis, and a hard-won resurrection. In a lyrical voice that is often humorous and self-mocking, Trin McCormick invites the reader to share her seven-decade quest for adventure, love, and everything in between, occasionally in the arms of unsavory lovers. Becoming Sharon unfolds a life that is both ordinary and extraordinary.

Suzanne Yuskiw is a Boston native who has found her identity in later life. After a brief career as an English teacher in Alexandria, Virginia, and later as an international coordinator at Goodwill Industries in Bethesda, Maryland, she has finally satisfied her true passions: directing plays, writing, and seeking ultimate truth about the universe and her place in it. She lives in Gaithersburg, Maryland, where she continues the search.