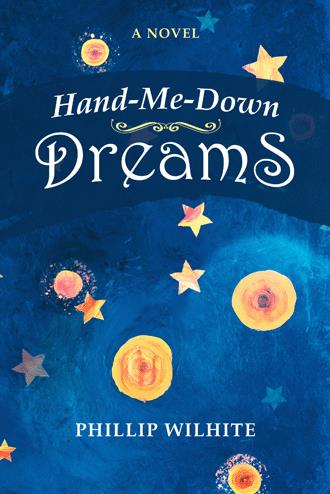 Xavier stood at the kitchen counter of his modest Oakland Hills home, rubbing his hands together. His six-foot-three body felt as light as a feather from his head to his size 13 Nikes. Recalling a list of items, he ran his hands over his neatly bearded face and felt relieved. He was almost finished preparing for his seven-year wedding anniversary surprise. Sure, for a while now, he hadn’t been as emotionally available as he once had, but that was natural for a marriage in which the partners spent so much time together. Ups and downs were par for the course.

Everything was in place, except for the wine. Leaning over, he grabbed a bottle of pinot noir from the rack, but he’d already been drinking more rum than Coke and knocked the Essence magazine to the floor, exposing a strawberry-colored piece of paper tucked inside.

I’ve got a confession to make.

I’ve wanted to share these feelings with you for a long time. Not every guy has been blessed with your talent for listening. I used to think that all men were unemotional and unfeeling, until I spent time with you. Every time I hear you speak, I watch your lips, and your spell over me deepens.

It’s been days since we were together. I can’t wait until you get back from that road trip. I should probably get used to the distance now that you’ve been appointed as leader of the Lay Ministers Union. There is a lot of missionary work still to be done here in Oakland, and I know you will be the person to do it. I can’t believe how impressed I am with you.

My days have been crazy, and I haven’t been able to talk to my husband at all about his drinking. That may take more courage. I am working my way up to a big discussion. After all, we have been together since college, and I have been taught that it’s important to honor one’s vows. But as I have found out through meeting you, sometimes you can outgrow a person.

Each day the prospects for a long-term marriage grow dim, and I am torn. You said something about me being more committed to this marriage than Xavier, and I’m starting to see your point. He hasn’t been able to get any traction since his baseball career ended last summer. Without that ball in his hand, he’s been lost. I’ve told him over and over to hang it up and find another career. That advice hasn’t gone over well with him. He’s trying to find his way in the world, and that doesn’t leave any time for me.

I’ve tried to be the supportive wife. I’ve never wanted to be a nag. I don’t think I can hold off any longer though. I’m hoping that one day soon, he’ll come around, but if not, then you and I can finally get together for more than just choir rehearsal or to hear the latest song I’ve put together for the next service.

Please be patient with me. You’ve got me on the right track. It’s only a matter of time. We have so much to share.

He put the paper down and shook his head in disbelief. Before reading the letter, he’d been planning to surprise her by cooking one of her favorite meals: an elaborate Saturday evening dinner consisting of pot roast with smothered potatoes, garlic string beans, and a dessert of peach cobbler from a recipe he’d found in an old southern cookbook. For good measure, he’d picked up a carton of her favorite ice cream: Dreyer’s vanilla. He’d spent the morning humming Luther Vandross love songs as he walked the aisles at the grocery store. Now the roast he’d had the butcher cut sat marinating inside the refrigerator, the string beans still sat in a plastic bag on the counter, and the ice cream was melting.

He was good at preparing special-occasion meals, especially when he felt motivated. His sister had taught him how to embellish the recipe, encouraging him to buy the leanest cut of boneless beef and then allow enough time to cook it long and slow at the lowest temperature possible until the meat was tender. Her strategy—minimum effort and maximum payoff—always worked.

A year ago, his marriage had suffered a setback. He’d been planning a rendezvous but had gotten caught with condoms in his suit pocket and the phone number of an ex-girlfriend folded between the credit cards inside his wallet. Over the past year, after apologizing for cheating, he’d realized he almost lost the one great thing in his life. They’d started to talk again about working together; discussed having children and raising a family; and, in spite of all that had happened, promised to stay together. His parents were his role models. They’d been married for a long time and had weathered the storm, staying together through the good times and the bad. Maybe Xavier could find a way to focus on something besides Ida’s and his shortcomings as a married couple—and possibly curb his drinking habit.

He and Ida had an OK sex life for a married couple, but they’d been in a rut in the bedroom for a while. Lately, though, Ida had started to resemble her old self. She’d regained her college confidence and her playfulness and started going to the gym, working out, losing weight, and dressing sexily again. Her figure had started to resemble the hourglass it had been when they’d met in college. The changes had revived his curiosity and his libido, and his interest in the marriage felt renewed. It was 1989, and he’d just turned thirty years old. He was still young, and there was plenty of time to regain the spark.

But all the gym activity, as he’d just discovered, hadn’t been for his benefit.

He’d heard about the seven-year itch, but he’d thought nothing like that could ever happen to them. Ida was too vocal and had reassured him she’d already found the best man ever. She liked the routine of marriage. Every year, they drove the short distance from Oakland to Santa Cruz Beach and Boardwalk to share chocolate sundaes, walk barefoot in the sand, and ride the Giant Dipper. They took evening walks around Lake Merritt, hosted Sunday dinners, and played cards. It never got old.

This couldn’t be happening.

He poured more rum and Coke, gulped it down, pulled up a chair at the counter Ida had found recently at a neighbor’s yard sale, and read the letter again.

One line stood out—a sensitive subject. He couldn’t believe Ida had said his baseball career was over. He had provided them with a comfortable life, but now that he’d been injured, she’d forgotten about the good times. Maybe she was onto something. He’d been in the final year of a pro baseball contract, his ERA had ballooned from 3.51 to 9.60, and his elbow injury appeared career-ending. An eternal optimist, he just wasn’t mentally ready for Tommy John surgery.

Was their marriage really over? Why was she telling Tippins, someone he’d met personally, a middle-aged man, that she loved him? Why had she ended the letter to Reverend Tippins with the word love? Maybe it was because Tippins had a charming personality he exhibited at all times, even during informal grocery store chats, or maybe she was lured by the power of a big congregation and money—two things that were in short supply for Xavier. He thought love was earned over time and its mention was reserved for intimate moments together. Exactly how long had this affair been going on? Years ago, she had been crazy about Xavier, but that was changing. She was no longer in love, and as a pitcher, he was no longer invincible. 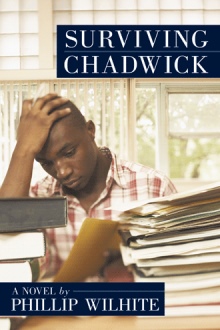 Xavier and Ida Magee, once college sweethearts, appear happily married. They take trips to the Santa Cruz Beach Boardwalk, eat at fancy restaurants, and enjoy the cushy lifestyle of a 1980s major league baseball star. Then, everything goes wrong. Xavier is released from his position as a New York Yankees pitcher and falls into heavy drinking. That’s not all. Xavier finds a love letter penned by Ida to the Reverend Reynaldo Tippins, a prominent and handsome Oakland, California, minister. When the situation gets worse, the couple goes to a marriage counselor, and just as things appear to be looking up, Ida makes a shocking announcement that ruins everything. Despite his pain and confusion, Xavier is now determined to cut back on the booze and make a baseball comeback, while also working to become a writer. Amid Xavier trying to save his adulterous marriage and revive his stalled career, he finds a new lease on life. He must redeem himself, but will he succeed?

Phillip Wilhite is a business banker for Wells Fargo. He has written sports articles for the Oakland Tribune, freelance news stories for the Philadelphia Inquirer, and book reviews. He lives in Richmond, California. He is also the author of Surviving Chadwick, a coming-of-age novel.