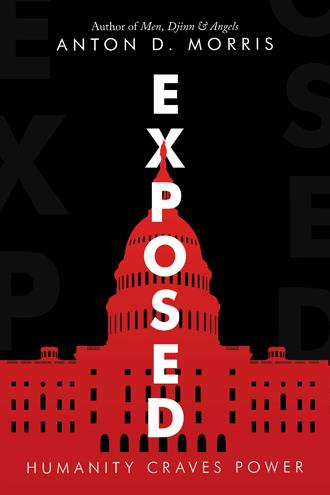 Nothing would keep Apollo away from the wedding. Without an invitation, he couldn’t enter the megachurch. Like the eight million viewers on social media, he had to watch the ceremony on his laptop. He waited in the courtyard. A section set aside for the media gave him a good view of the tall wooden doors. He eavesdropped on the professionals. Someone from a Washington, DC, national paper asked if the wedding was all staged. “I have a colleague who travels with Fitsroy,” answered a New Yorker. “From what he says, they’re really in love.” “But what about the timing?” asked a woman from Boston who had a cynical voice cloaked in a New England accent. Apollo found it challenging to understand her. “I think Horus Fitsroy is a master showman, and we’re sucking it up.” “He’s creative if nothing else.” “He’s all but sold up the women vote,” the New Yorker said. The Bostonian was insulted. “And what women’s issues does his campaign address?” It was a rhetorical question, but Apollo thought he found an angle. The What-If campaign attracts women without addressing women’s issues. Is this a shot at women’s frivolity? When he thought about it, he agreed. If Horus’s love for Ms. Daphne was not genuine, or even if it was, the wedding was very convenient in the middle of a campaign. He questioned the dollar value of the free exposure that came Horus’s way. Apollo admired the professionals for their ability to find angles. He realized that he, aspiring to be like them, was far behind. He was curious to find other angles. He wanted to find something original. As he contemplated, he meandered into the parking area. What would the limousine driver have to say about all this? What about celebrities? From the invitation list, there were over two dozen rap artists, R & B singers, actresses, and actors. There were two country and western singers and a Baptist church choir performing. What would Apollo say to them? Depression percolated. Apollo realized that everything he planned to write was as inconsequential as his presence. I have come too far to leave, he told himself—thoughts reacting to the sacrifice he had made. The trip from Atlanta to Houston cost him two weeks of groceries, and he didn’t have a place to sleep. He regretted listening to the Hip-Hop Preacher’s internet video sermons. The motivational hype drove Apollo to a colossal event, only to face the realization that he was a guppy swimming in an ocean. He returned in time for the opening doors, and a dozen people exited. Apollo reached for his camera. The reporters around him scattered. Someone pushed Apollo left. Another push, and he stumbled forward. He wasn’t in favor of the angle he had jockeyed to win, but he wouldn’t move. He saw Horus first. The couple walked over rose petals to the waiting limousine. Apollo snapped his camera a dozen times before the bride and groom disappeared. Is that it? He was disappointed again; nothing about the trip seemed to go his way. A far-fetched hope that he’d speak to Horus or anyone close to him died when Apollo saw three dozen reporters. Still, he had expected more. The journalists moved like vultures to the celebrities. No match for them, Apollo roamed inside the church. Pausing to look over the quality of pictures he had snapped, he saw the first two had obstructions. “Damn.” He stepped forward, determined not to swear again in the Lord’s house. The sanctuary was so large that it dwarfed his minuscule value more than the professionals unknowingly did. Taking a seat in the back pew, he ignored the commotion around him. If he had known Rashin and Althea were Horus’s parents, he might have reached out to them when they passed. Instead, he flipped through the digital images on his camera until he reached the last one. It was a picture of the chauffer closing the door behind Horus. It was a meaningless picture, one that he thought was a waste, until he noticed the emblem on the back of the limousine. It was not the manufacturer’s emblem. It looked like a ship with sails. Apollo magnified the picture to verify that it was the image he had seen in Meleager’s sketches. He reached for the book. “Son of a bitch,” he whispered. “Is that a Guddi Feex symbol?” Apollo sprang from his seat. Surrounding the high support beams were banners bearing the same image and the letters ATK. “Advisors to Kings,” he whispered. He noticed the image on a balloon. Others had the same pictures. It was small, but he saw the representation made of three sugarcanes crossed in a way that one could connect the ends to make a hexagram. He moved forward to the front, where a kiss of matrimony had sealed the couple’s vows. A flower arrangement caught his eye. He stood close to it, admiring the blue dye of the roses. The eleven stripes of blue, white, and red flowers represented the Native Guard’s colors. Meleager’s sketch of their flag was on the first page. Minus the gold star, the flower arrangement that Apollo had framed with his camera was their flag. He turned to find a program left under the pew bench in the first row. It, too, bore the image of the ship. There were Guddi Feex symbols plainly visible and ironically unnoticed until that moment. Flabbergasted, Apollo had found his unique angle. He snapped pictures until a man with a deep, threatening voice asked him to leave. 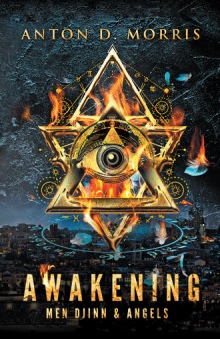 Rashin joined the others in the recitation they always said before they ate: “We are the invisible hand of justice, the caretakers of humanity, the voice of reason when the world becomes unreasonable.” Rashin believed in those words. Anton D. Morris has concocted not only a swiftly-paced suspense churner, he has also constructed a compelling premise about people’s lot in life-how they got where they are-and whether or not they have the wherewithal to change life as they know it. Pacific Book Review Rashin is part of a Black secret society. He has a daughter and two sons. Cassandra’s a scrupulous lawyer. Jason runs an international company. Horus runs for President of the United States. Horus has wit, charm, voter’s confidence, and a troubling family secret that an upstart journalist wants to Expose. Morris has created more here than just another political potboiler. His examination of black families’ ties to one another challenges readers to think twice about their own deeply held convictions … Morris deftly interweaves socioeconomic theory and good old-fashioned storytelling. He keeps readers involved to the very end or perhaps even longer. -Recommended by Premium US Review of Books

Anton spent most of his childhood on Chicago’s south side. As a teen, he lived a suburban lifestyle, played on his high school sports teams, and developed an interest in politics. During his brief time involved with politics, Anton won the support of the local mayor and congressmen. He continues his involvement with school boards while enjoying matrimony in New Jersey. This comes after an adventurous life that involved the U.S. military, colleges athletics, high school coach, and schoolteacher. He is the proud father of five and enjoys history, theology, and metaphysics.