Architecture in Black and White 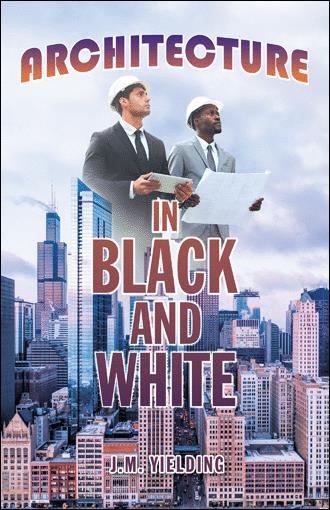 Architecture…often referred to as “the world’s second oldest profession”… was the dream of a young black boy, the son of a coal miner, since he earned that merit badge in the Boy Scouts. Calvin Weems Johnson was the oldest of four siblings, born and raised in the mountains of West Virginia, and was smitten by the desire to defy odds and become a flourishing architect someday. His journey follows many avenues, as the family is displaced often as Calvin’s father strives to remain employed and support his family. The story tells of Calvin’s witty adventures through childhood, early schooling, the loss of his high school sweetheart, his marriage, his formal architectural education, his jaunt in the military, and finally—with the aid of a prospering white architect—he arrives in private practice…only to discover that his chosen profession is not exactly what he had imagined it would be. ******************* Like Calvin Johnson, Aaron Goldsmith, also aspired to become a world-class architect. Aaron was the only son of medical doctors, Rueben and Meriam Goldsmith; his life journey was similar to Calvin’s in many respects. Aaron’s early childhood was spent in Southern West Virginia, where he enjoyed an affluent lifestyle, excelling in academics and athletics. In his junior year, the family moved to northern West Virginia, where his parents joined the WVU Medical School faculty. Aaron’s senior year at his new school was rewarding…he lettered in all sports, fell in love, and was offered a scholarship after graduation, to play football at Georgia Tech, and study architecture there. Echoing Calvin’s misfortune, Aaron too, lost his ‘first-love,’ and on the rebound, weds an airline stewardess…a Southern Baptist…a Georgia Peach. After receiving his degree and a commission as an army officer, he began his career, only to encounter a shocking interruption in his plans.

J. M. YIELDING is retired from the practice architecture after 40 years and is currently serving as a member of the Architectural Review Committee for a “Planned Community Development” in Southwest Georgia. He is a first-time novelist and enjoys Architectural History, volunteering, and gardening. He and his wife Wylene, a retired R.N., live in Albany, Georgia, and have a multitude of cats, two adult daughters, and two grandchildren.