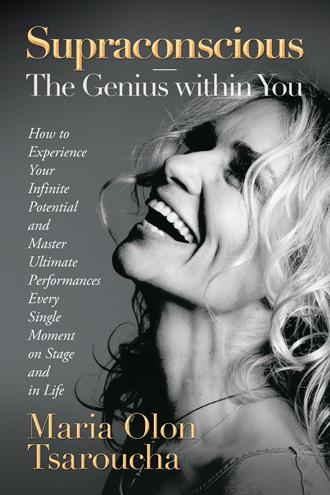 This book is the core textbook of a quantum science of acting on stage and in life. At a time when the arts and sciences converge more than ever, PAD speaks about a contemporary, tangible meta-physics, fusing theories of quantum physics with mindfulness and the famous Method of the Actors' Studio, in a new harmony. Konstantin Stanislavski had said that the actor of the future, a new actor in the new life, is the one for whom art springs from spiritual intuition. He used the word SupraConscious, indicating to the actor the levels of consciousness he needed to attain. He considered the art of theater as the spiritual path to wholeness. PAD is the new system of translating and decoding, frame by frame the experience, bringing us in touch with the Higher Self, by reference to Nietzsche's Super-human and the transcendental Kazantzakis, creating a new transitional space where everything is in motion and evolves in the face of inertia, continuously actualizing that Alma-Quantum Leap of being. Maria Olon has written SupraConscious, The Genius Within You, a very important book. Cultivation of witnessing awareness in method acting can awaken us to the fundamental reality of existence beyond the roles we play. This is meditation in action. Bravo -Deepak Chopra MD SupraConscious, The Genius Within You is the first acting metatheatre text. Maria Olon not only goes beyond art to find the source of art, she ultimately shines light on the essence of the human soul. -Coni Ciongoli Koepfinger, Playwright, Librettist, Director PAD is the foundation on which every acting method needs to rest in order to flourish. -Menas Kafatos, Astrophysicist, Dhapman University, NASA Goddard Space Flight Center Researches such as Maria Olon through PAD learning process, aim to bring a significant change in the education of the artist and ultimately the viewer, all of us indeed, shaping the man of the new 21st century’s culture that humanity is so much in need nowadays. -Rania Lampou, STEM instructor Humanity’s greatest story ever told is the “Story of Immortality.” This story explains that every human being is an actor in the collective drama of life. Each one’s script is unique to the part he/she plays. Maria Olon captures this concept beautifully in her work. The foundation of life is about flourishing at all levels, spiritual, mental, emotional, relational, and physical. This book is a life’s manual on how to achieve this through our unique script, unique parts, and unique roles. The world needs a new story and humanity needs a new script. -Gayatri Naraine, Brahma Kumaris Representative to the United Nations Maria Olon’s work upholds a Socratic attitude in life: fall as little as you can in the black holes of your high certainties, accepting the selfishness and vulgarity of human existence, not demanding, begging, accepting, condescending and ultimately be sympathetic, with healthy kindness and intelligence, with brilliant honesty, integrity, respect, gratitude. Maria Olon is not a common human being. -Angel Biri, Actor

Maria Olon, the originator of Perceptual Acting and Directing introduces the use of quantum physics, new trends of psychology, self-awareness, neurolinguistics programming, meditation, empathy, Ethos-value system and acting as tools for a substantial difference and evolution in human consciousness. During her years as an actor, director and acting teacher she is developing her philosophical and practical approach to a new interpretation of what it means to be an actor in life and on stage. She has written her first book at the age of thirteen and is acclaimed to be the youngest Greek author ever. She is a founding member of the Actor’s Society of the American Academy of Dramatic Arts, a member of the Hellenic Physicist Association and of the Advisory Futurist and Media and Arts Board of Lifeboat foundation. She participated in TEDXAUEB presenting her work through the performance “Knowing thyself, the eternal process”. She works on helping the vulnerable groups of women and children at war. Her research and study on the SupraConscious actor began seventeen years ago and is in progress. Website Info: www.mariaolon.com, www.padmethod.com