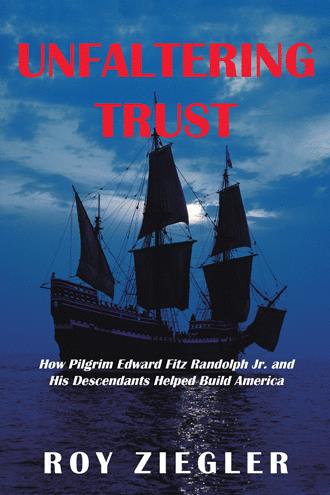 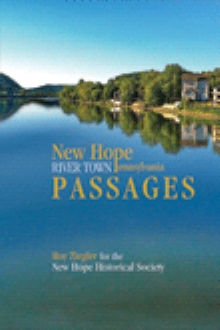 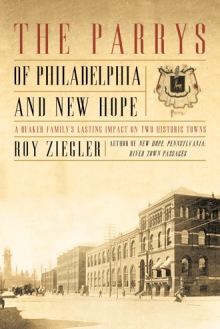 The Parrys of Philadelphia and New Hope
Roy Ziegler
$13.95

When he left England in 1630 in search of religious freedom and opportunity during the Great Migration to the New World, pilgrim Edward Fitz Randolph Jr. could never have imagined the vast impact his descendants would have on the creation of America.

Originally settling in Plymouth Colony, he later moved his family to New Jersey after the Puritan theocracy denied the very freedom he had sought. In 1669 the Fitz Randolphs became a founding family of New Jersey. Edward and his sons were farmers and major landowners who quickly became leaders in the development of the province, holding offices in both the local and provincial governments. Some Fitz Randolph family members were Quakers and early leaders of the movement to abolish slavery in the pre-Revolutionary War period. Another helped establish Princeton University.

During the Revolutionary War some were heroes on the battlefield. Afterwards Fitz Randolphs were vanguards of the Industrial Revolution. During the nineteenth and twentieth centuries they were architects, prominent physicians, bankers, social activists, judges, authors and members of Congress. Four relatives of Edward Fitz Randolph Jr. and his wife, Elizabeth Blossom, became presidents of the United States. Other Fitz Randolph family members transformed a mid-nineteenth-century manufacturing company into a ten-billion-dollar corporation by the beginning of the twenty-first century.

In Philadelphia, Captain Edward Randolph, a hero at the Battle of Paoli, became a prominent entrepreneur after the Revolutionary War. His firm, Coates and Randolph based on 2nd Street was a major shipping and grocery enterprise in early Philadelphia history. His son, Dr. Jacob Randolph, a brilliant surgeon, succeeded Dr. Philip Syng Physick, “Father of American Surgery,” as Chief Surgeon and lecturer at Pennsylvania Hospital—the first hospital in the nation.

Captain Randolph’s daughters, Julianna and Rachel, were founders of the Western Association of Women for the Relief an employment for the Poor—probably the country’s first job training program in America. Thousands of Pilgrims migrated to the New World seeking religious freedom and opportunity in the seventeenth century. Millions of immigrants followed over the next four centuries. Unfaltering Trust tells the story of one pilgrim family whose heroism and leadership helped forge—and over the course of nine generations have helped develop—a new nation. In these faltering times their story is an inspiration for all immigrants seeking refuge and hope in America today.

Roy Ziegler is past president of the New Hope Historical Society and currently serves as a member of its board of directors. Unfaltering Trust is his third book about early American history. The Parrys of Philadelphia and New Hope (2011) is a history of five generations of the renowned Parry family. New Hope, Pennsylvania: River Town Passages (2007) chronicles the history of fifty historic buildings and sites in New Hope, Pennsylvania, over three centuries.