Bridge to the Sky 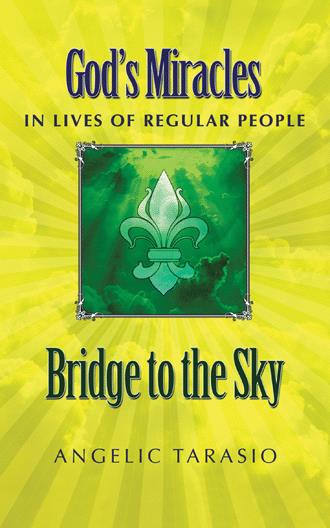 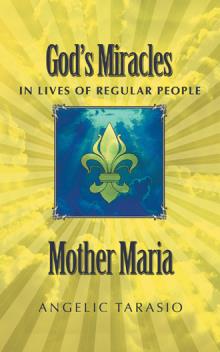 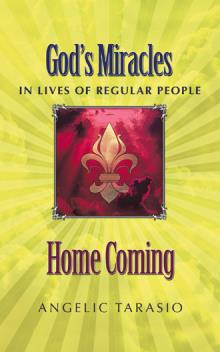 "Mother Maria," "Home-Coming" and "Bridge to the Sky" are parts of trilogy “God's Miracles in Lives of Regular People” with main character Countess Maria Kotyk-Kurbatov. Trilogy is based on journals of Countess Maria. Descriptive imagination of author transformed dry data into inspirational life and love story. The readers transcend space and time, joining Maria in her happiness and heartbreaking sadness, life-saving love and devastating losses, terrible hardships and miraculous triumphs.

“Bridge to the Sky” is final book of trilogy. From the first sentence, the readers are taken into Maria’s intense life-threatening circumstances with clear understanding that Maria and her two sons have no chance to survive. Maria’s husband Count Alexander Kurbatov was brutally murdered by KGB after request for repatriation to France. In attempt to eliminate all nobles, KGB continues to hunt and openly persecute Maria and her children through Russia and the Ukraine. Even the people who welcomed Maria and children into their homes and lives were destroyed.

Maria tried to rebuild her life in the Ukraine with an employment and friendly relationships with co-workers. After years of suffering, Maria found mutual love with another lonely and brave person who was willing to risk his life in order to prove her innocence. Child of their love was born. When KGB left Maria and children homeless, Maria found her father and re-established the relationships with Kotyk family, even with the one who she never expected to see again.

Life-threatening persecutions of KGB forced Maria to take an ultimate risk with the future of her three children and her life. Maria prayed and was inspired with courageous decision to visit Leonid Brezhnev, a new leader of the USSR in Moscow. God helped Maria to return justice, freedom and respect to her family and other innocent people.

I was born in 1952 in the Ukraine, part of the former Soviet Union. Being a single child in the family, I grew up in atmosphere of pressure to succeed. My parents did their best to develop my skills and talents. From six years of age, I remember myself in a tight schedule of different activities: sport, music, acting, dancing, and chess playing.

In 1959, I became a student of one of the best schools in our region. The talented teachers led us in a fascinating world of knowledge. From the middle school, my teachers motivated me to write stories, and I won numerous competitions. I was an editor of the school newspaper for 4 years. The teachers suggested studies at the university in order to become a journalist.

After the graduation from high school, I continued my studies at the university. However, it was not journalism, it was studies of the German and English languages and literatures. I enjoyed reading books in their original languages in order to pick up the spirit of the author and life events in their full spectrum. I successfully graduated with a diploma and degree in both languages.

From 1977 to 1988, I worked as a teacher of a high schools where both languages were taught from the second grade. The regular classroom was transferred in a beautiful place with everyday performance. The walls were decorated with original paintings of the talented artists. The school sponsor granted the portraits of the world-known authors and poets, as well as the landscapes of England and Germany to our school. All the words, phrases and grammar phenomena were part of the performance that children enjoyed participating in. For those who learned the languages well, I opened the world of writing their stories in English and German.

In 1988 our family arrived in the United States. We brought our dying daughter Tatania for surgical treatment. Eleven surgeries with one clinical death and numerous complications proved the words of my mother-in-law Countess Maria: "Ask our Father Almighty, and He will always help the girl in His miraculous way.” Living in a constant pain, Tatania follows her destiny without complains. She became a living example for others how to rise above their pain and hardships in order to succeed.

Being a mother of two kids, I did not allow myself any depressive thoughts and feelings. I needed to bring my son Roman to the United States. He was already 16 when we left the country. The KGB prohibited his leaving the USSR. They assigned him for military service. I am grateful to God for sending me the right people, including Senator Heinz, Ken Kaiserman and attorney-at-law Borruh Gisbary, who understood me, as a mother. Roman arrived when he was seventeen. We started together our professional education in US and became successful in medical field.

After a miraculous survival from cancer, I realized that writing the trilogy "God's Miracles in Lives of Regular People" is my new life assignment. It was time to carry out the promise that I gave to my dear mother-in-law Countess Maria Kurbatov. In 2008, the 1-st book “Mother Maria” of the historical and inspirational trilogy was published. At that time, I clearly understood that it does not matter how stressful our lives are, we are born with our mission to succeed with gratitude for every day of life.

With deep respect to my readers,
Author Angelic Tarasio