It That Has No Name 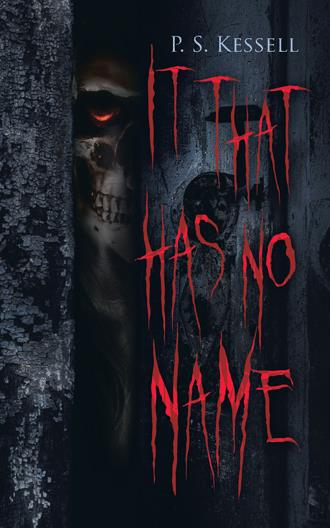 Once Evie reached the hospital, Detective Warren Baker arrived wanting to speak to Evie. Doctor Edward Jameson, Evie’s emergency room physician, informed Detective Baker that she had been sedated and was not able to speak with him. “You will have to wait until she is ready to speak to you, Detective,” Dr. Jameson said. “And when might that be?” Detective Baker asked him. Dr. Jameson replied, “She may be able to speak to you in the morning.” “Listen here, with all due respect doctor, I have six dead bodies that came out of that house tonight, and that little girl is the only one who came out alive. I want you to understand how important it is that I speak to her as soon as possible, ya hear me?” Detective Baker said. “Do you understand?” Officer Jacob Barnes interjected, “C’mon Baker! You know the deal! We all do! There was nothing normal about that family or about anything that went on in that house. Quite frankly, I’m surprised there were any survivors.” “But doesn’t that make you want even more to know what happened there tonight?” Detective Baker replied. “No! No, it doesn’t! It makes me want to go home, tuck my little girls into bed, and kiss my wife good night before she rolls over and goes to sleep,” Officer Barnes said. Detective Baker looked from Officer Barnes to Dr. Jameson and back at Officer Barnes again. The detective started to say something and changed his mind. He realized nothing he would say would convince either man to change their minds about what they believed happened in that house that night. “We need to notify Rebecca,” the officer said. “That’s easier said than done.” the doctor responded. “She chose to marry and move away from here. She doesn’t talk to anyone from here anymore.” “Well, we still have to find her.” the detective said. “She needs to be here for Evie.” “What about Charlie?” the doctor said. “Charles? Hell, no one has even seen him in over five years,” the officer said. “Even after a thorough investigation, her father is still listed as a missing person,” the detective said. “He just disappeared without a trace. There’s no finding him.” Suddenly, a horrifying scream came from Evie’s emergency room. The doctor, detective, officer and nurses ran into her room. She had sat up in bed with her eyes wide open and was staring straight out into the space before her. Unseen by everyone in the room but Evie was Evie’s mother, who was reaching out for her as her own throat was slit from ear to ear. Her head was forced forward as something was coming out of her body. From out of her neck climbed a male form covered in blood that was dripping from it. He peeled back layers of her skin very slowly until he was no longer inside of her. Then, he quickly turned into a swarm of bees that flew into the mouth of little Evie. She fell backwards on her bed, choking from something unseen to the medical team in the room. Detective Baker helped to hold Evie down and for just a few moments he made eye contact with her. She looked up at him, seeing him as if she was looking through the eyes of a bee. For just a few seconds, the detective swore that her head tilted upward towards his and he heard her choking sound become more of a sinister chuckle. He jerked away, believing his eyes and ears were playing tricks on him. Everyone’s hearts were beating faster, and their breathing had become much heavier. Her vitals had become critical. Evie was dying, and they could not seem to save her. They attempted to intubate with no luck. Her trachea was blocked, but blocked by what? With every attempt, they failed. And just like that, she was gone. The sound of the flatline on the heart monitor was deafening. Dr. Jameson pronounced Evie’s death. “Evelyn Harrison. Date: October 13, 1990. Time of death: 11:10 p.m. Cause of death: Respiratory arrest.” There was very little spoken among the men afterwards. They all seemed to realize that some things are best left alone and forgotten, and that is what they decided should be done about the night’s events. Dr. Jameson told them he needed to make his rounds. Detective Baker told Officer Barnes he was headed to the morgue. Officer Barnes took one last look at the hospital room where Evie had been asleep just an hour ago, got into his police car and drove home to his family.

Katie Carrollton and her friends decide to spend the first party of their senior year at an old house, recently acquired by her mother’s real estate company. The party is set for early October, so preparations begin. First and foremost, they have to gain access to the house without Katie’s mother’s knowledge. Once that’s done, the celebration is on. As the night progresses, the partiers experience unexplainable events. They become the targets of nameless supernatural foes, and their lives are now in danger. Horrific attacks force each party guest to face his or her deepest, darkest fears. Katie soon learns she has a connection to the mysterious house; her ancestors once owned it. Due to frightful occurrences, her own newly realized gifts awaken and could help them stay alive. Katie’s unknown family secrets are the key to saving her friends—friends who will be forever changed by this night of terror.

P. S. Kessell has a Master’s in Educational Administration from Texas A & M University. She is the author of From A to Z on Instructional Strategies, which introduces creative ways to teach the Common Core State Standards. A mother of two, she lives near her family in Fishersville, Virginia. It That Has No Name, the first of a series of three novels, integrates her love for horror, the supernatural, and her faith.