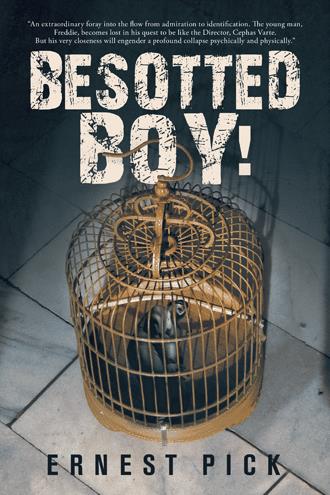 Poor Freddie Doolan! He still lives with his folks despite having graduated in film studies from a prestigious university. The great Director, Cephas Varte gives a lecture which Freddie attends. Afterwards, Freddie meets the Director who takes a liking to him and offers him a job on set, albeit a menial one. Freddie becomes entranced with Cephas and patterns himself after the Director both mentally and physically, buying elevator shoes, changing his hair shape and color, for example. The Director is flattered and brings Freddie along to Germany where he is shooting a new film. Freddie meets Lacey, a beautiful women and former drug addict, now Cephas’s wife. Suspicious of Freddie, she guards the Director day and night. The film proceeds badly. Several disasters happen during the shoot. One day, Lacey accidentally runs over and kills a girl while driving in the countryside. She does not stop. In the cover-up, she sends Freddie with the vehicle to Frankfurt to have the front end repaired. There, an American named Billy, aware of the accident, tries to blackmail Cephas and Lacey. They devise a successful, if horrendous, plan to get rid of this nuisance. Out of guilt, Cephas lapses back into drugs. Now finding the situation unbearable, Freddie attempts to disengage from Cephas and Lacey. Can he do so? Can Cephas and Lacey escape jail?

Born in Prague, studied at universities in America, England and France, I received my doctorate in French literature. Taught at a handful of colleges and universities. Received two Fulbrights and an exchange fellowship from the U. of Pennsylvania. I won a playwriting contest at UCLA. The play was produced there to acclaim. My play on Rasputin, which was optioned by the Cincinnati Playhouse, was roundly condemned by Rasputin’s daughter who threatened to sue me if I had it produced. Subsequently, I have been writing novels. I am married, and have a daughter and three whippets. We live in Durham. N.C.