Love Always Have A Price 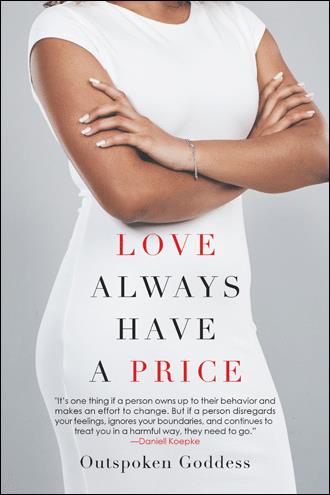 Love. Friendship. Loyalty. Honesty. Things that are never certain to one another. It takes time to get to know a person whether it's been years or days. Love is a strong word so don’t say it unless you mean it and you’re willing to show it. He came to me like a beautiful summer breeze on the beach, only to drift away like a paper plane in the wind. Love goes a long way, but how long are you willing to keep it up? We say this and feel another. We do this and say another. Does love really exist ? Is it really out there? There was fire everywhere.....smoke coming out the apartment windows....firefighters all around...and why ? Because the man I loved oh so dearly ended up setting my apartment on fire and leaving my children and I for dead. He didn't care that we had a daughter together. In fact, I could see in his eyes that something had completely controlled his mind as he sat on the stairs with a big grin on his face. "HELP ME MY HOUSE IS ON FIRE!" I screamed. He charged at me as fast as he could running at full speed.I looked both ways to see what I could use to hit him with. I didn't want to kill him, I just wanted to knock him out or knock him down. I've never been so scared in my life but i had to make a decision and make it fast. Just in time I made the decision to grab the biggest skillet I had out the dish rack and hit him in the head with it. He fell to the ground dazed and bleeding a bit from the head. I kicked him a bit to see if he was still alive and sure enough he was alright. "Alright Jasmine you win." he cried with his hands in the air. "Get Out!" I yelled. He pulled his phone out his pocket and dialed 911 then slid the phone towards me and laid there. "911 what's your emergency?" the operator asked. "Help Me, my child's father is trying to hurt me" I cried. As I explained more of the situation to the woman on the phone, Justin picked up a knife and stabbed himself. I let out a big scream when I saw the knife slowly going inside his stomach. I dropped my phone and tried to take the knife away from him. We struggled for a bit until he dropped the knife and broke down crying. "What had I gotten myself into?" I wondered. Unfortunately, I found out too late that Justin had a mental problem from years ago and stopped taking his meds. He was diagnosed with Bipolar and Depression Disorder. I hate that this was the person I choose to deal with for the rest of my life. This shows that you never really know who you are dealing with no matter how long you been together.

"I don't understand! Why are you doing me like this! I don't deserve this and you know it!" It pissed me off how you could make so many plans with a man, then when he get with someone else he acts like those plans never existed. "My heart felt like someone had stabbed me countless times. It felt as if I lost myself and my soul had moved on to another realm. Why me? Why did he do this to me! We had a family! I tried to help him! Instead of facing the problems, he just left !" Sometimes it's okay to wait for the right person and know your worth. We tend to blind ourselves because of the love, the memories, and everything we had together. Arent you tired of hearing "I'm sorry" or how he continues telling you he will never mess up again and that he love you more than anything in the world. He put you through hell but he keep begging and crying saying how he can’t live without you, basically running you down just to get back in your good graces, then by you being blind you take him back and the cycle continues. A crazy ex, a friend with benefits, and a narcissist. Will Jasmine ever find love in her world full of drama or will she just give up? Not all men are the same right?

Outspoken Goddess, a 23 year old full time mother who is currently working as a security guard in Houston, Texas. She and her husband have 3 children together. She loves to read and write books while guiding her readers by showing them that they are not alone. She is an open minded and bright person who speaks the truth and nothing but the truth. She has been writing since age 13 and does not intend to stop there. She has come a long way to make it to where she is now. She and her husband go by the motto of: Hardwork, Dedication, and Determination. If she can do it, then you can do it too. "God don't put me through nothing I can't handle" she says.