Author The Life You Were Meant To Live 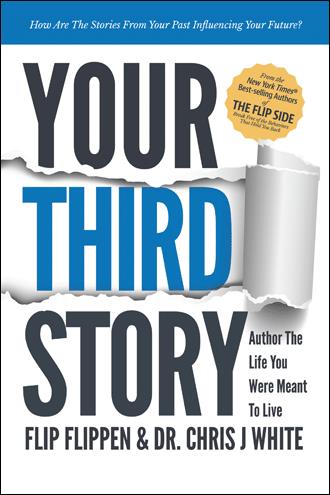 Do you ever feel as if your life is being controlled by people from your past . . . or present? Have the painful events from your past become rocks holding you down instead of stepping stones to a better future? Do you ever wonder what your life would be like if you felt free to control your own story? Do you wonder if some scripts from your past may be limiting your future?

Flip Flippen is the lead author of the New York Times best seller The Flip Side: Break Free of the Behaviors That Hold You Back and founder of The Flippen Group, one of the fastest-growing educator training, corporate talent, and team development companies in the United States.

Recognized as one of the top leadership thought leaders in America, Flip presents keynote speeches and leadership development events worldwide. Through a combination of powerful storytelling and psychological insight, Flip has introduced thousands of people to his process of identifying and eliminating the personal constraints that hinder growth and performance.

Flip earned a bachelor’s degree from Stephen F. Austin State University and a master’s degree from Texas A&M University. He invested the first 16 years of his professional life as a psychotherapist, opening a free outpatient clinic for at-risk youth and building a 500-acre residential treatment facility for boys in Central Texas.

Since founding The Flippen Group in 1990, Flip has led the company through development of breakthrough educational curricula and processes that are used in thousands of schools nationwide. Additionally, the company’s business division works with Fortune 500 companies and multinational corporations, while the sports division works in talent development and selection for some of the most recognized professional, Olympic, and college teams in the world.

Flip has also contributed to hundreds of publications, including Inc. magazine and SUCCESS magazine, and has made appearances on the TODAY show, the Super Bowl Pre-Game, and Speed Channel’s NBS 24/7.

Flip and his wife Susan, who is CEO of The Flippen Group, were named Ernst & Young Entrepreneurs of the Year and live on their ranch in College Station, Texas. In their spare time, they have also helped raise over 20 children.

Dr. Chris White is the Chief Science Officer at The Flippen Group. With his analytical skills and care for people, he helps solve people puzzles. This was demonstrated when he played a lead role in the development of the Flippen Profile, a preeminent psychometric assessment that allows individuals and organizations to identify and address the often hidden behaviors that frustrate personal and team performance. He has also built other assessments that present actionable individual and team insights, along with diagnostics and algorithms to identify common conflict patterns.

In over 20 years at The Flippen Group, Dr. White has performed 10,000 coaching sessions, consulted with elite teams and athletes in every major sport (including the Dallas Cowboys and New York Yankees), as well as with Fortune 500 executives, military generals, and top educators. He has keynoted, trained and consulted worldwide.

This is the second book he has co-authored. The first, The Flip Side: Break Free of the Behaviors That Hold You Back, was a New York Times best seller and was translated into nine languages.

Dr. White earned a bachelor’s degree in mathematics from Baylor University before receiving a master’s degree in economics and PhD in statistics from Texas A&M University.

Chris and his wife, Jennifer, reside in College Station, Texas with daughters Harper and Berkley and sons Hudson and Braxton. He enjoys time with his family, playing and coaching sports, being outdoors, community service, writing poetry, and inventing things.