The Road You Choose Will Determine Your Destiny 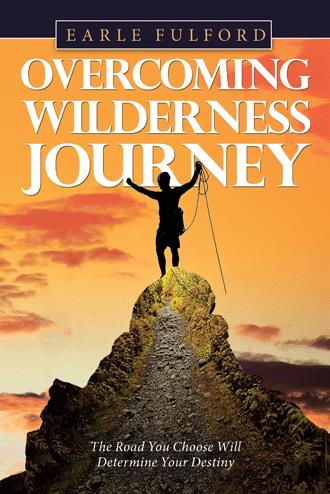 Everyone faces trials, tribulations, and temptations—some by choice, some by chance, and some we stumble upon. Earle Fulford shares his life story in this memoir, highlighting his mistakes, how he overcame them, and how Jesus has played a critical role in his life. In sharing his journey, he provides a blueprint to: overcome rejection and past mistakes; move forward in the right direction; advance socially, economically, and spiritually; identify true friends and dangerous enemies. Fulford recalls the years he spent traveling around the world, searching for peace of mind until one day God found him at the exact time when mental illness had begun to take him into a dark wilderness. He also questions a society that glorifies sex, crime, and behavior that is displeasing to the Lord, noting that if we fall to overcome sin, we will be thrown into a lake of fire. Join the author as he looks to the Bible and shares how his faith has allowed him to overcome life’s most formidable challenges in Overcoming Wilderness Journey.

Earle Fulford hailed from West Road, Grand Turk Turks and Caicos Islands, British West Indies. He is married to the love of his life Janet Fulford and has five (5) children namely, Dwaine, Shaka, Sherma, Sharada and Earleanna. Earle raised from the ashes, survive the hustle of the streets as a player, musician, a weed smoker, rum drinker, deliverer from the bondage of Witchcraft, former Rastafarian, a Police officer, fought for the liberation of his people through the Black Power Movement in the Turks and Caicos Islands. His breakthrough came in October 5, 1976 when he was recruited in the Turks and Caicos Islands as the first Probation and Welfare Officer of the Turks and Caicos Islands. Successfully completed many academic achievements namely; a Diploma in Youth and Community Development from Kuku College in Guyana in collaboration with University of Guyana through the Commonwealth Youth Program, a three (3) year course in Social Work at the University of the West Indies , Mona, Jamaica in the Caribbean, Adolescent Fertility Management from Department of Obstetric and Gynecology at UWI Jamaica, Drugs Eradication and Reduction from Pan-American Organization in Kala Lumpia Malesia, Masters and Doctorate in Theology from Harvest Reapers School of Ministry Bible Institute of Theology in Ft. Lauderdale, Florida, USA. After successfully completing 33 years of Public Service as founder of Social Welfare Services, founder of Turks and Caicos Islands Youth Day Celebration, Assistant Superintendent of Her Majesty Prison, served on many social, community and criminal Justice boards, retired as former director of Social Development in TCI 1999. Twenty years ago my life was transformed as I was call to ministry and was introduced to preaching the gospel under the tutelage of Reverent Reuben Hall. In 2011 I were selected to become a deacon at Salem Baptist in Grand Turk and being obedient to the Holy Spirit that same year I transition to Firm Foundation Ministry International in Grand Turk became an ordained Minister under the Leadership of Apostle Clayton of TCI. During his tenure he served as the first Director of Men’s ministry in Grand Turk, Youth Director, Sunday school teacher, assistant music director and member of the Praise and worship ministry and held responsibility of the FFMI Prison ministry until October 2013 when he was called to serve as Associated Pastor to Pastor Dr. James Ray at Bethlehem Missionary Baptist Church in Fort Lauderdale, Florida. I registered with Harvest Reapers School of Ministry and underwent four (4) years Bible Study Training in Theology. Following the completion of studies, Fulford serve as a lecturer, member of the Board of Directors, ordained as a Pastor and later as a Bishop at Harvest Reapers International Ministries. Bishop Dr. Earle Fulford preaches around many States of America and Currently serving as the Founder, Overseer, Director of HARVEST Reapers Internal Ministry TCI for the past 6 years. Bishop Dr. Fulford Earle has an unshakable, unchangeable, unmovable conviction for the call on his life as a minister, servant, a steward, disciple, witness, ambassador, envoy and a bond slave for Jesus Christ through the revelation and manifestation of the indwelling Holy Spirit. His goal is to shine the light of Jesus into this dark world, win souls for Jesus, advanced the kingdom of God in proclaiming the great commission as instructed by Jesus Christ through the Fivefold ascension gifts and stand firm on the word of God.