Of Lust, Loss and Love on the 8th Continent

by A Young Don Juan 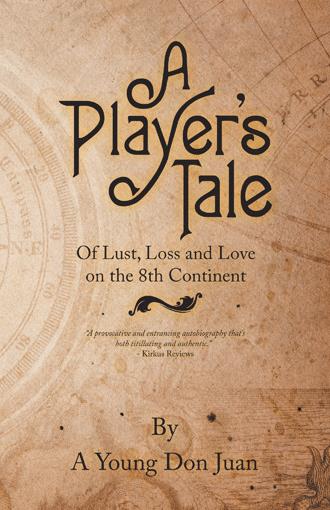 This rare, uncensored glimpse into the intimate life of a celebrity—albeit anonymously—feels raw and genuine, infused with a vulnerability that appeals to the voyeur in all of us.
- Blue Ink Review

This is a dangerous book. It is in the tradition of forbidden works, like Casanova’s and Henry Miller’s. More than a simple autobiography, this personal narrative is a revolutionary glimpse into the insatiable desires and endless depths of youthful feelings, exposing things best-kept secret.

A Player’s Tale recounts the adventures and misadventures of a young man who was born into the purple glow of “Hollywood Royalty.” He tells of his first childhood glimpses of the nude female form, his loss of virginity with a prostitute, and his most excessive exploits in a culture of selfie-fueled libido, before finally discovering the peace of love. He speaks frankly about sex in the modern age—from insecurity at sleepovers to the problems of fidelity, from sex tapes to chakra openings, from ayahuasca trips to bedding sisters, from threesomes to attempted suicide, from ego death to alchemical transformation. It is a coming-of-age narrative not just for the anonymous author but for the world, as it deals with sexuality and spiritualty at the dawn of the twenty-first century.

Reflective and humorous, this memoir of a man’s eternal quest for love led him to countless women, exotic lands, and the ultimate awakening to his soul.

A Young Don Juan wishes to remain anonymous in the hope that the integrity of the content and the reputation of all parties involved will remain unscathed.