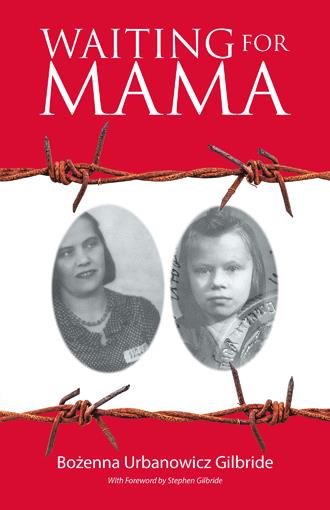 It was a beautiful summer night on our farm in the village of Leonówka. At the age of seven, I was unaware of the implications of the political happenings of the world around us, and my parents protected our innocence and did their best to keep us free of fear. The world for us at that age was our family, our farm, our village. The peace and happiness ended when Germany attacked Western Poland on September 1, 1939, and on September 17, 1939, when Eastern Poland, where we lived, was invaded by the Soviet Union. Our lives were changed forever. By the summer of 1941, the Nazi’s pushed the Soviets out of our area and occupied all of Poland. Our village of Leonówka became a killing field for the Ukrainian Nationalists UPA (Ukrainska Povstanska Armia), who seized the opportunity to collaborate with the Nazis in hopes that Germany would win the war and look favorably on them afterwards. Ukrainians wanted their freedom from Russia and made a deal with the Nazis to help get rid of all Poles and Jews in the area in exchange for that freedom. The UPA burned villages and butchered people in the most bestial way. They eventually attacked Leonówka in August 1943, when I was nine years old. That summer the villagers (including our family) slept in the nearby forest, afraid of being caught in our houses while we slept. In the morning we were rounded up by the Germans and marched to railroad cattle cars waiting to deport us to Germany for slave labor. We were first assigned labor in a tanning factory in Freiberg, Germany and later transferred to a slave labor camp in Chemnitz, Germany. The camp in Chemnitz was situated between the Chemnitz Rail Road Station and a munition factory. Mama’s nightmare was about to begin. In late 1944, while in the slave labor camp in Chemnitz, Germany, the Gestapo came to the munition factory and arrested my father, who, like the rest of the men, worked the day shift. They interrogated him all day and all night. He didn’t know what they wanted from him. They beat him terribly but he still told them nothing. The Gestapo was furious. They beat him some more. In the morning they showed him a letter demanding he admit to writing the letter. Being beaten and lacking sleep my father glanced at the letter and without thinking said: “That’s not my signature. That’s my wife’s.” 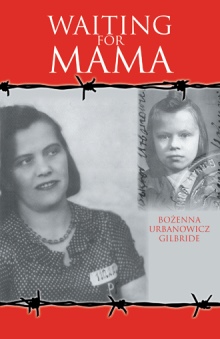 The love for her children and yearning to see them again allowed "Mama" to survive true evil. This is a vivid story of a woman's journey, enduring the incomprehensible atrocities of war, concentration camps, and oppressive Communist rule. We must learn from history so that we can make correct decisions for the future. Aldona Wos, M.D. Former Ambassador to Estonia Daughter of Paul Wos, Flossenburg Concentration Camp Prisoner #23504 As an educator with over 18 years in the classroom, I am honored to have had the opportunity to educate students on the tragedies of the Holocaust. Bożenna Urbanowicz Gilbride’s “Waiting for Mama” is the highly anticipated follow up to her initial autobiography “Children of Terror”, which has become a staple of curriculum since 2011. It includes drama suitable for a movie adaptation and displays the strength and courage of a Holocaust survivor that yearns to be reunited with her family. The twists and turns of the story take readers on a journey explained through a “Mama’s” love. Danielle Lyon Miami, Florida Bożenna Urbanowicz Gilbride is no novice to the subject of totalitarian rule, having suffered under Hitler. That makes her the right person to offer this true and devastating story of a courageous woman, her “Mama” who survived concentration camps; terrorized by both the Nazi’s and the Stalinists, she was undeterred in her quest to reunite with her children. This is a riveting account of evil and how one person managed to survive and ultimately triumph. Bill Donohue, Ph. D. President Catholic League for Religious and Civil Rights

Following the success of her first book “Children of Terror”, Bozenna Urbanowicz Gilbride brings her own story of war, family separation, and the struggles for family reunification to “Waiting for Mama”. Bozenna has been married to Richard Gilbride since 1957 and they raised their four children in New York. Bozenna’s reflections on her personal history as a Polish Catholic holocaust survivor through World War II, and the struggles following the war has always captivated her son Stephen. In this, second edition of “Waiting for Mama”, Stephen has collaborated with his mother to include more details, and more historical references beyond the first edition. Bozenna’s wish is for this book to reach as many young adult readers as possible to enlighten them on the devastations of truly difficult times and the miracles of moving past them.