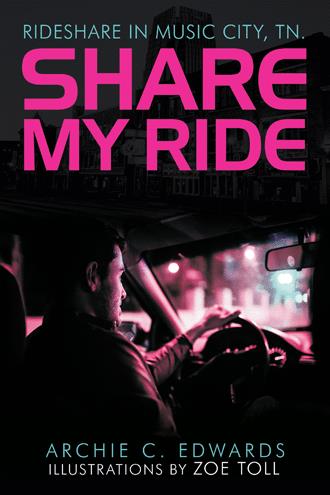 Nashville – aka Music City. ​A city where people can party too much and rideshare drivers deal with all sorts of situations. A good example is George. I got a call to pick up George at 2:30 am. When I arrived, he was talking to an object near the side of the road. I suspected he was drunk. As I pulled up, George jumped into the back of my vehicle. “DUDE! Those turkey vultures are so BIG! Did you see that thing? And wow, they are, like, everywhere. Everywhere you go in this town you’ll see like buzzards and vultures and…and stuff.” He blurted in his drunken stupor, slurring his words. I looked at him and politely replied, “Um, I believe you were talking to a fire hydrant.” He says to me, “I was?” He laughed and looked at me with a blank stare, “I really had a lot to drink tonight, but I mean it, those vultures are everywhere around here.” Do you think he had more than just alcohol if he was mistaking a fire hydrant for a large carnivorous bird? Party on George. Welcome to Nash-Vegas.

Nashville – aka Music City.  ​ A city where people can party too much and rideshare drivers deal with all sorts of situations.  After leaving a toxic corporate environment, Archie decided to become a rideshare driver for Lyft and Uber while searching for his next corporate role. He didn't expect to enjoy driving the streets of Nashville and soon started journaling his crazy and most memorable experiences. What resulted is a book that provides a glimpse into the lives of 78 different Nashville natives, transplants and tourists with a look into the world of rideshare in Music City USA! This book is a bit sarcastic, a little snarky, and is almost guaranteed to make you laugh.

Archie C. Edwards lives outside Nashville, Tennessee and has completed more than 1700 rideshare rides. He holds a Bachelor of Science degree in Education from The Pennsylvania State University and is currently working on his master’s degree in Business Administration. He also holds many certifications in the appliance industry where he has worked for the last 16 years. He is an accomplished singer, performer and at times can be found playing piano at the occasional funeral. People are just dying to hear him perform!