The Life of a Hybrid 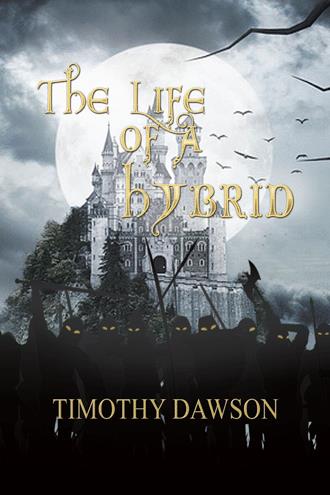 In the middle of the chaos, I spotted a young girl that was battling three of my soldiers, none of them able to get in that killing blow. The re-enforcements were starting to overrun my soldiers and I knew that we could not win this battle. My soldiers had trusted me and I may have led them all to their deaths. I was so angry that it was at that point, I decided that no more of my soldiers would suffer because of me, I wouldn’t let any more of them die. Within seconds, we clashed into the swarm of soldiers and several of them looked at us in fear as we all charged; a pack of giant wolves led by a demon that they’d never seen before. The only one among them that didn’t seem to be afraid was the young girl. I knew immediately that this young girl was the one thing we all feared; the slayer. I watched as she drew a long silver weapon and stabbed it through the chest of one of my soldiers. I began to rush toward her, but one of their soldiers swung his axe at my head. I ducked the swing and as I rose back up, I grabbed the soldier by his throat, pulling him close enough to sink my fangs into his flesh. I drank and felt the incredible rush of power as I drained him of blood. I released the bite and let the body fall to the ground, a look of shock its face. I knew that the young girl was their strongest warrior, though whether the other soldiers knew, I had no idea. I looked everywhere for Aryanna and saw her charging at five soldiers that were attacking Krystal, her fangs bared in rage. I turned and charged at the slayer, knowing that if I didn’t kill her; many more of my soldiers were going to die. I turned in time to watch as the slayer swung the silver weapon, killing three of my soldiers. I walked slowly toward her, letting my rage build. I only kept my eyes on her, the human soldiers I didn’t care about; the slayer was my target. I did not draw my weapon, I didn’t want to kill her quickly; I wanted to taste her, to feel her power. When I reached the slayer, I swung a right hook and caught her in the side, sending her flying through the air. I saw where she would land and rushed forward and caught her by the throat, holding her a few inches off the ground. Struggling for air, she tried to pry my hand loose, but I squeezed tighter. She kicked out I felt the blow land just below my rib cage. I released her and crumbled to the ground, unable to breathe. I forced myself to draw a breath and stand up. I looked back at the slayer just in time to see her fist slam into the side of my head.

It is the year 1463, a time of honor and bravery and also a time of suspicion. In this story, a young man must learn how to separate myth from fact and face a destiny that he never dreamed of. He will have to face the dark unknown and piece together the puzzle of all the strange and mysterious occurrences that have haunted his home for many years. Can he face what is coming? Will his new friends help him, or will he be alone? Can he follow his destiny even though it might require the ultimate sacrifice? In this story, a seventeen-year-old young man will face overwhelming odds in his quest to finally end a long war that has been happening all around his hometown since before he was born.

Timothy Dawson, a driver in the transportation industry, has begun writing a series of fiction novels. He currently resides in his childhood hometown of Duchesne, Utah with his wife, Sarah.