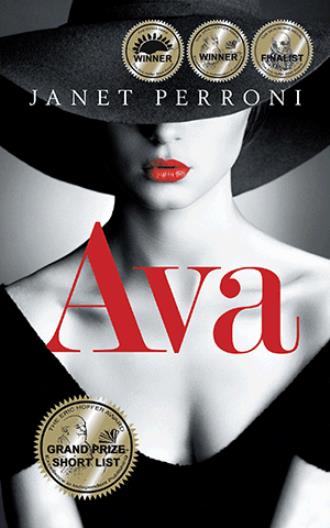 Transcend yourself into a time long gone as you follow Ava’s journey during post WWI and into The Roaring Twenties. She is from a poor Irish immigrant family located in Jamaica Plain, Massachusetts. Her immigrant family seeks an improved lifestyle from their inherited destitute poverty. She is a vibrant young woman who dreams of escaping her family’s poverty and wishes for true love: ‘She knew that her hormones were starting to rage like a cage inside of her and she wanted to meet someone,’ First Ava meets Alistair a handsome suave sailor who she has her very first sexual encounter with. Unfortunately she becomes pregnant and never sees him again as his ship is deported out of Boston Harbor. Later she finds out that he was engaged to the daughter of a rich Connecticut family. She struggles to care for her son as an unwed mother. Soon her alcoholic brother assaults her to steal the little money that she has. Next her uncle tries to sexually assault her and just by chance one of her brothers comes home and fights him off. As a result she decides to move out from her family’s home to an apartment. She takes a job as a ranch hand on a local farm but soon workers are making sexual advances towards her. Then she becomes a nude model at the museum. She soul searches as she has difficulty using her attractive body for income. Soon she cannot pay the rent and ends up paying the old fat landlord in a creative manner; by using her shapely body as she ultimately succumbs to his sexual advances that satisfy her debt. Rationally she attempts to spiritually justify her actions within herself but soon she cannot take any more sexual intrusions on her body. Therefore she soon makes amends with her parents and returns home. Next she becomes a maid at a rich family’s home. There is the son, Devon who is handsome, married, and distinguished with a large construction business of the time. They becomes romantically involved and have an affair of wonderful sexual interludes! A hobby of his is to drag race his car and he wins the race! This is at a time when most of the country is still using horse and buggy for transportation. Soon the regular maid sees them in a sexual situation and becomes jealous of Ava. Later Devon takes Ava to CinqueTerre, Italy to where he is mining carrea marble at the mountain tops to use as counters and flooring in his homes. Shortly after their return from Italy his absentee wife, Jane returns after a year and tries to reconnect with her husband. Soon Ava and the wife discover that they are both pregnant at the same time! A showdown ensues and Ava is dismissed. Devon tries to sort things out but finds out that he must stay married as his wife threatens to ruin him, his prominent business and his wealthy family with publicly proclaiming a scandal of his affair and taking the children from him. Soon Ava gives birth to her and Devon’s daughter. Meanwhile her father makes plans for an ‘arranged marriage‘ for her. This man is Scott and he is from England who is in need of immigration papers to stay in America. He supposedly escaped and left a wife and family in England as divorces were too expensive in that day. He gives Ava five more babies! Meanwhile her true heart will always belong to Devon! Follow how society’s thorns ultimately push her into a stigmatized convoluted pathway toward an unfortunate destiny. Where a matrix of problems arise from her poor judgment. However she remains resilient. She struggles and survives a delicate and intrinsic balance as a vile culture backlashes its biased punishments onto her as it tries to make her a prisoner. She searches for independence and completeness in a complex world.

In this steamy romance novel set just as WWI is ending, Ava, a beautiful young woman, and Irish immigrant, initially explores her irresistible and alluring power over men with Alistar, a handsome sailor. Soon Ava learns she is pregnant, but before she can tell Alistar, his ship sets sail. Ava finds herself desperate growing up poor in America as an Irish immigrant during prohibition with little to no support from her family. Struggling to overcome her mistakes while dealing with a dysfunctional old school Irish family Ava later finds herself employed by a wealthy family of builders in Brookline, Massachusetts. The builder's son, Devon, is handsome and sophisticated and sees the beautiful young woman, Ava, irresistible. Fans of steamy historical novels will find themselves emotionally engaged by the twists and turns of Ava’s turbulent journey, as she walks through valleys of great sorrows and the pinnacles of dazzling ecstasy. At the height of ecstasy with Devon, Ava finds that she is pregnant again, and Devon’s estranged wife has returned. Caught in the middle of a romantic love story Ava is shocked to find out her father has arranged her marriage to an older gentleman from England who needs marriage to stay in America. Join Ava in this steamy romance novel as she learns how to care for her babies and use her body to fulfill her needs and overcome the hardships she faces. The backdrop of the roaring 20s showcases the difficulties the young heroine faces as an Irish immigrant growing up poor in America caught in the middle of a romantic love story. See how she battles to maintain a delicate balance between motherhood and independence in an old world that loves to shun. Although Ava’s path is twisted and rife with despair, she finds the strength to stand on her own.

Janet Perroni was born and raised in Boston, Massachusetts. She graduated from Boston Public Schools and Boston State College to receive her RNBSN. She currently lives just north of Boston. She spends her time gardening, traveling, and enjoying time with her family when not working. She is an avid Red Sox and hockey fan.