THE GUARDIAN OF THE MYSTICAL ROSARY 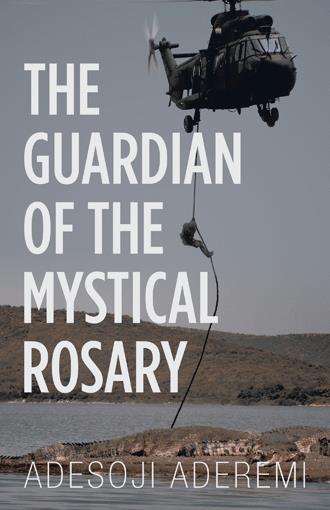 This book tries subtly to drop a hint in the mind of its readers that, despite ‘free will’, the gods might still be at play in the affairs of humans, using their characters to influence them in this world of duality where opposing poleheads persistently struggle to dominate the environment. While some cooperate wittingly to varying degrees, somehow godlike, some remain for the most part of it unwitting, thus puppets whose passions are the control strings in the hands of the gods and the godlike

Should one dare, in philosophical imagination, to think God gave birth to twins, then this is replayed in Orisha, who made the mystical Rosary for his twins, Orishagbemi and Orishadami, to solve humanity problems, but who later fought after his transition, like darkness and brightness; a fight that caused the loss of the Rosary in the valley of crocodiles. The fate of humanity will depend on which side repossesses this Rosary. The descendants of these twins found expressions in two respective organizations. At the apex of one is Bwallangwu, immortal entity and the personal representative of Lucifer on earth. The opposing side, some members of an ancient religion, for certain reasons is hiding and could hardly get organized into a credible force. They engaged the service of a certain person in mask. One finds reoccurring in the book this duality phenomenon like mystical allegories and proverbs

Eventually, Orisha that started it would end it in favour of the better side, to be decided by humanity themselves, for themselves.

Adesoji Aderemi was born in Gbongan in Osun State of Nigeria. He joined the Nigerian Air Force in 1978 and retired as a Group Captain in 2009. He was a radar and navigational aids engineer and a paratrooper. Group Captain Aderemi holds a Masters degree in Public and International Affairs.