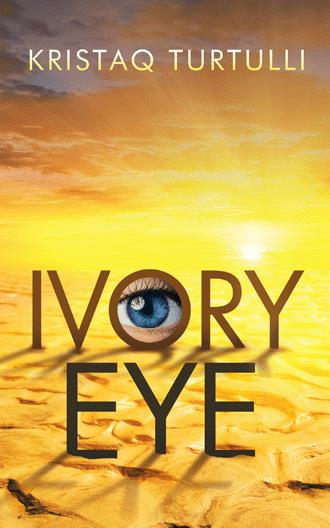 When fate does not favour it... it does not happen; refers to “written fate”, which has accompanied prehistoric man to modern times. The return of Riko, the grandfather, from exile to the incurable infirmity determines the tragic tune and the degree of fatality. The reader will follow the experience of the protagonist, Fred Samarxhiu (the pack-saddler) and his struggle, driven by the instinct of survival. He is closely interconnected with his ancestors’ lifestyle. He has inherited from them the craft of pack-saddling, which gives his life purpose and gives meaning to his loneliness. However, everything changed for him following his marriage; when his only daughter Rita, while still growing up, loses her eye. It is true that with "money" one could buy anything; unfortunately not a "human eye". The protagonist, Fred, turns into a hero through his superhuman effort to rehabilitate the disfigurement of this innocent beauty. He embarks on a travel odyssey, where parental love reaches the pinnacle of human spirit; in a beautifully written prose, full of descriptive power. He realizes that throughout this journey, he is not alone, although wounded in the soul. With him is the doctor, who operated on the girl, and the old Rihta, who gave him the ivory. The wounds of the soul hurt even more than the wounds of war and the ungodly acts of pirates. The only shining light where he found relief and comfort came from the people who had suffered similar misfortunes, that of the loss of their children; the greatest and most indispensable treasure in their life had been cruelly taken. The whole novel is a hymn of sacrifice; sacrifice of a different kind than that of Santiago from the "Elder and the Sea" by Ernest Hemingway. In this remarkable novel, the reader finds little King Hamlet through the grandfather Riko's ghost. With the eyes of the mind, a Gobsek or Balzac’s Grand, as Fredo the Pack-saddler seeks flowers, rejoices those he has hidden in the old saddler. In the balance of loss and victories, our hero has a mission; accomplishing the "Ivory Eye" and returns victorious. Although alone, facing a great world, the hero in Kristaq Turtulli’s novel "Ivory Eye" realizes the humanist message of all time; that of solidarity in sacrifice among people without nationality. The love for a human life is an international language. Fatherly love towards his precious child is universal. Sites depicting the fury of the Mediterranean Sea waves and the sand of the Sahara desert are the symbol of the war between good and evil. In the beginning, the author knew how to build a strong character, stemming from the mind and soul of men. Through life-and-death warfare, Fred loses all of the money that he had set aside for old age or a dark day, but he wins the support of warm-hearted people. On a philosophical level, Fred the pack-saddler's journey is life itself. There comes a moment in everyone’s life when one has to abandon their family and face the challenge of having the fortunes turned. It is a journey that holds three main elements: human physical displacement over the globe, the motivation to deliver superhuman sacrifices, and realizing the destiny of grandfather Riko's ghost. 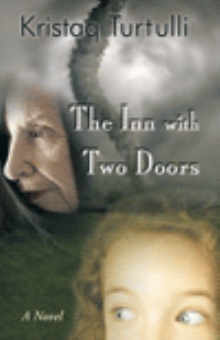 Fred Samarxhiu has inherited the craft of pack-saddling from his ancestors, a honed talent that gives his life purpose and provides meaning to the loneliness he feels in his unfulfilling marriage. He is happiest when sharing fairy tales with his precious blue-eyed daughter, Rita, and creating pack-saddles for his beloved hooved animals. When Rita loses an eye, Fred’s superhuman effort to repair the disfigurement of this innocent beauty transforms him into a hero. As he embarks on a travel odyssey to seek answers, Fred’s unconditional love for Rita reaches the pinnacle of the human spirit. During his journey, he realizes that he is not alone, despite the wounds in his soul. While courageously facing the great world without assistance from anyone, Fred is about to uncover an important message of solidarity, sacrifice, and triumph over destiny. Ivory Eye is the tale of a pack-saddler’s enlightening quest to seek help for his disfigured daughter after she tragically loses an eye.

Kristaq Turtulli writer, poet, journalist, painter, analyst novelist and screenwriter. Turtulli was born in Korca, Albania, on November 18, 1954, from a noble family of patriots and aristocrats. His love for art started at an early age with poetry. His early works were published in some of the country’s most prominent newspapers and have won several national awards. Turtulli earned his Bachelor’s Degree in Literature and Journalism from the University of Tirana. Throughout his career, he has worked as a journalist and contributor to several national and international newspapers and magazines, including the following newspapers: “Focus”, “The Democratic Renaissance”, “Albania”, and “Korca-Demokratike”. In 1990, Turtulli was appointed vice-president of the Writer’s Union “The New World”, a position he held until his departure to Canada in 2000. He was the creator and Editor-in-Chief of “The New World” magazine, an artistic bi-weekly magazine. Turtulli was also the vice-president of the Association “Korca-Tradition-Progress”. This association was responsible for organizing the annual “Poetry Nights” event, which was a gathering of writers, poets and artists from Albania, Turkey, Greece, Macedonia, Montenegro, and Italy. This event awarded several prizes and encouraged young artists in the area. Kristaq Turtulli has published a series of short stories and novels, several of which have been recipients of prestigious national and international awards. Some of them are listed below: “Mother” 1981, novel (Winner of “The Best Novel of the Year” Award by the National Writer’s Association) “The Adventures of Bear Topic”, 1988, Juvenile Fiction (Short Stories) “Birds”, 1989, Juvenile Fiction (Short Stories) “Ana”, novel, 1989 (Recipient of the “Naim Frasheri” Award) “Bear’s Shadow”, novel, 1996 “The Inn with Two Doors” novel, 1997 (Winner of “F.S. Noli” Award) “What is Life Worth!” novel, 2003 “Lonely Voices” novel, 2007 “The Inn with Two Doors”, novel, 2009 Translated to English “Friends”, Juvenile Fiction, 2009 Translated to English “Listen My Dear!”, novel, 2009 “On the Train of Route 16”, novel, 2010 “Rita’s Eye”, novel, 2011 “Tulip of Korea”, novel 2012 “The Pianist”, Short Stories, 2013 “The Disappointment”, Short Stories, 2014 “The Impossible Kiss”, novel, 2014 “Girl, Be Careful!” novel, 2015 “Escape from Yourself”, novel, 2015 “Ivory Eye”, novel, 2016 “The Mysteries of ‘Little Paris”, novel, 2017 “Life on the Pendulum”, novel, 2018 Kristaq Turtulli moved to Canada in January 2000. He now lives and works in Toronto and is a Canadian citizen and member of the Writer’s Union of Canada. Turtulli continues his creative work and has three new manuscripts waiting to be published. They are: The Distinguished The Pain of the Icon For more information, please look-up Kristaq Turtulli’s published novels at www.amazon.com and www.lulu.com, or search for Kristaq Turtulli in Wikipedia.