The Midnight Train to Houston 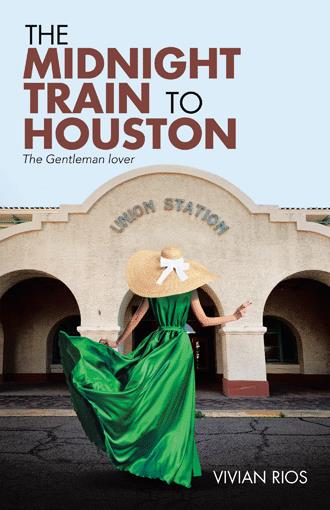 A businessman traveling from New York to Texas, agrees to host a stranger from Phoenix in his Pullman Luxury Coach. Surprised when a lady sashays in to his room unchaperoned, at this late hour, sparks his curiosity. Once acquainted, he learns that she is a widow who escaped from an arranged marriage. His fantasy for Sara blinds his reasoning and their undeniable attraction draws them together. He romances her with wine and sweet words; his sexual prowess thrills her and he later divulges the secret for his ardent endurance. His desire to protect her drives him to seek assistance. The Ladies Auxiliaries take up the fight for her Freedom. Their journey to many places is filled with perils, passion and love. After she is captured Joe fights for her return. While searching in his office she finds his secret documents. His response changes everything for her.

Vivian retired from the US Military Academy, at West Point, NY, after 33 years Civilian Service to her Country. She resides along the Majestic Hudson Valley, where she raised her family. After 46 years of marriage, her husband passed away, but remained in her heart. To ease the pain, her dreams created a new life for them, and as she traveled, each city became a journey of great discoveries. In Phoenix, AZ, she found the Union Train Station, where the story begins, their form of transportation, and where they meet. In Acworth, GA, a Gentleman’s Southern Charm became one of Joe’s attributes. She researched history about the Repatriation Program, which became Sara’s fear when she escaped. After Hurricane Harvey hit Houston, TX, she volunteered with the OPC Disaster Relief Teams; and Houston became their destination. In San Antonio, TX, she discovered the Canary Islanders were one of the first settlers to build this city, and they became Sara’s ancestors. A friend brought her to an orphanage in Mexico, and she fell in love with the children, who became the “wards” under Sara’s care. Each chapter is different yet intertwined as their relationship evolves. Her sister and mentor Miriam, helped her find the perfect Vintage Wine in California for that era. Her new found friends in Sausalito, CA, encouraged her to get published and move forward in her life. A tidbit for you, when she is not writing, she reads scripture, travels, hikes, plays Golf and sings along with Golden Oldies music.