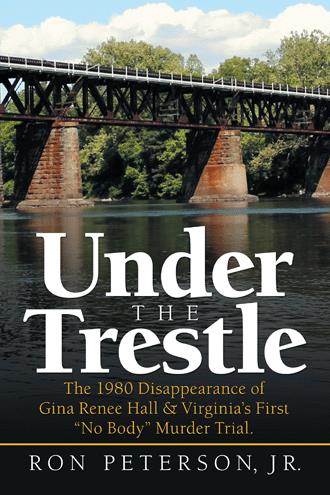 Free Preview (996 words) But tragically, on this particular Saturday -- July 12th, 1980 -- Claytor Lake was the scene of one of the largest body searches in Virginia history. Law enforcement authorities had called in every resource imaginable to hunt for the remains of 18-year old Gina Renee Hall. Two weeks previously, the petite Radford University freshman visited a night club near Virginia Tech to go dancing on a Saturday night. She left the club shortly after midnight and had not been seen again. Starting at daybreak, over a hundred law enforcement officers combed the water and banks of the lake in their search for Gina, who had now been missing for 14 days. The twelve scuba divers meticulously searched the underwater lake bed. Because the deepest section was 125 feet, a mobile decompression chamber was on site, in the event a diver suffered “the bends”. In other sections of the huge lake, where the bottom was free of underwater obstructions like tree stumps, rescue squad volunteers rode slowly in a small john boat. In a process known morbidly as “dragging the lake” they were trying to “hook a body”. While one of the volunteers navigated, another was at the back of a boat, holding onto a thick 50-foot long rope as if it were a fishing line. On the other end, about 30-feet down at the lake bottom, was a 20-pound iron grappling hook with two large, sharp prongs, looking like a gargantuan fishing hook. The trick for the man “working the drag” was to keep the rope taut and the grappling hook sliding just at or inches above the lake bottom. Easy to say, but hard to do. It was a grueling task, one that made your arms ache after just 15 minutes. And this man had been at it now for four hours. Four search-and-rescue dogs, trained in cadaver scent detection, were brought in from Northern Virginia. They had the amazing ability to pick up the faint scent of a decomposing corpse, rising up to the water’s surface. These dogs had found bodies before, dozens of them. One of the dogs, a bloodhound named Bambi, rode leaning precariously over the bow of the boat, hanging her nose so close to the water that her handler worried she might fall overboard. As she sniffed the water’s surface, her handler closely observed her behavior, looking for the telltale sign of an “alert”, a change in demeanor of his dog – like barking at the water -- which indicates that she has caught the scent of a dead body. A $2,000 reward for information leading to Gina Hall’s remains had been publicized, so in nearby areas, volunteers of a more mercenary nature conducted impromptu searches of surrounding forests and farmland. Many were high school kids who had gathered a group of their pals. As they searched, the teenagers talked enthusiastically of what they would do with the reward money if they found the body. Pulaski County, which surrounds Claytor Lake, is known for having many caves in the hollows and valleys of the rugged mountain terrain. Since there were several caves near the lake, a group of amateur cavers from nearby Giles County had been invited to join the search. The spelunkers were currently on the far side of the lake, negotiating through a substantial cave whose beach-ball sized mouth was obscured by brush on one of the steep lake banks. You had to know the cave was there to find the entrance. They were close enough to the lake that they could hear the boats from within the cavern’s darkness. The search organizers had instructed them to depend most on their sense of smell, as they would most definitely smell a two-week old corpse way before they would see it. As the search continued, several interested parties watched the day’s events unfold from a distance. One of them was the man in charge of the Gina Hall case. He was the determined young Commonwealth Attorney, 28-year old Everett Shockley, the chief law enforcement officer of Pulaski County. Seven months earlier, fresh out of the College of William & Mary’s law school, he was elected to his position, defeating a popular 16-year incumbent by only 89 votes. Shockley ran a “tough on crime” campaign, promising voters a lower crime rate, higher conviction rate and stiffer sentences for offenders. He sincerely wanted to keep that promise to the good citizens of his county. The pressure to find Gina’s body rested squarely on his shoulders. The lead investigator, Virginia State Police officer Austin Hall (no relation to Gina Hall) stood beside Shockley. He had a Styrofoam cup of coffee in his hand. Not the fancy Starbucks concoctions of nowadays, but high-octane strong black coffee. He needed the caffeine because he had slept very little over the past two weeks, devoting both day and night to the case. Trooper Hall’s friendly demeanor endearing him to everyone, especially his wife and two young kids, who had not seen him for two days. A former Virginia Tech football player, 28-year old Stephen Matteson Epperly, was the prime suspect. He had never been convicted of a crime, but had a violent past, along with two rape acquittals on his resume. Epperly had been interrogated repeatedly in this case, but vigorously denied the accusation of murder. A mountain of circumstantial evidence pointed directly at him and no one else. Every law enforcement officer involved with the case was confident Epperly was the killer. Yet still, he had not been arrested. How could they charge and convict him of murder with no corpse? There was no precedent for a “No Body” murder conviction in Virginia legal history. When Commonwealth Attorney Shockley mentioned to his peers the possibility of pressing charges against Epperly, with no body, they strongly advised him not to do so. To seek a murder conviction, without a body, and have the suspect be found not guilty? That would be career suicide. 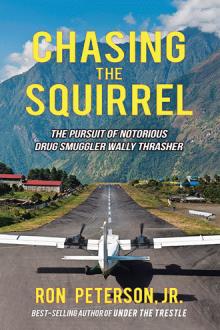 “Under The Trestle” is the true story of the most compelling murder case in Virginia history. In 1980, beautiful Gina Renee Hall, a Radford University freshman, went to a Virginia Tech nightclub on a Saturday night. She was never seen again. Her abandoned car was found parked beneath a railroad trestle bridging the New River, with blood in the trunk. The investigation led police to a secluded cabin on Claytor Lake, where there was evidence of a violent attack. Former Virginia Tech football player Stephen Epperly was charged with murder, despite the fact that Gina’s body was never found. In Virginia’s “trial of the century,” prosecutor Everett Shockley presented an entirely circumstantial case. Key witnesses against Epperly included his best friend, his mother and a tracking dog handler later believed by many to be a fraud. Three former Virginia Tech football players testified, including a Hokies quarterback once featured on the cover of Sports Illustrated. Would Epperly become the first person in Virginia history convicted of murder without the victim’s body, an eyewitness or a confession? And would authorities ever find the body of Gina Renee Hall?

Ron Peterson, Jr. has been published in newspapers throughout Virginia and in corporate publications for two Fortune 500 companies. His career includes leadership positions at the Virginian Pilot and Cox Media, where he was awarded the company’s annual “Outstanding Performance” award. Peterson’s background also includes managing television advertising campaigns that have appeared on TV networks CNN, Discovery, Fox News and ESPN. He is a board member of the Hampton Roads Sports Media Hall of Fame. Peterson first wrote about the Gina Hall case as a Radford University senior in 1987, majoring in Journalism/Communications and working as an editor for the university newspaper. In research for this book, he interviewed over 100 sources.