Miracle of the Prayer Cloth 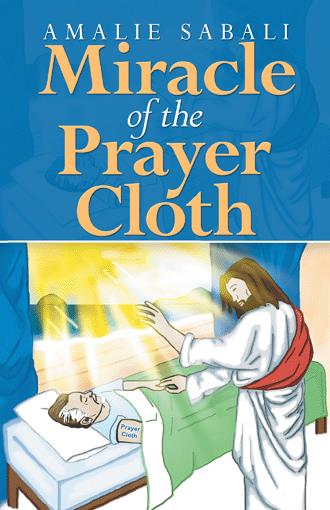 'As we prepared for our matrimony, it was a requirement to have a few sessions with the officiating priest. At our first session the priest asked me “Are you catholic, “I am a Muslim,” “How do you think of God?” “God is omnipotent and he is the most supreme being”, I said, “do you believe in god?’ he asked, “I do, you call him God and I call him Allah” I replied. He continued “the church does not sanction divorce”, and he talked for a while. When he was finished talking he asked, “Do you have any questions?” “Yes I have, at this present time I think that I love Johnny, but if after we are married the relationship turns bad and John should become abusive, must we be committed to misery for the rest of our lives? Instead of denying a divorce, I thought that the church would be sympathetic to its parishioners, what if I or Johnny should fall in love with someone else?” “That is how it is”, he said. “Another thing is that you spoke of the Trinity, God the Father, God the Son and God the Holy Spirit, you said that they were one and the same, if that were true, why then, when Jesus was crucified did he call to his father and say Father forgive them for they know not what they do.” I asked him. He said “you knew that?’ “Yes, I did scripture in school and the teacher would not give me an answer, I just need to know”, I said. “There are somethings that cannot be explained”, he said angrily. He looked at Johnny and said “I will marry you both, please do not bring her back for any more sessions.” I was afraid to ask someone else for fear that they might think of me as being Sacrilegious."

Even though they came from different cultures and backgrounds, their love for one anther was real and deep. Author Amalie Sabali, of East Indian descent and a Muslim, was the sixth of ten children. John Aubain was a tall, Catholic Frenchman. They both wanted the same things in life and were married in 1969. In Miracle of the Prayer Cloth, she chronicles their story, including how a traumatic shooting impacted a good portion of their life together. The memoir tells how Johnny was shot in the abdomen in February of 1980 and was in serious condition. Sabali shares the challenges they faced as a family, trying to raise two young daughters, keeping a roof over their heads and food on the table, and helping her husband recuperate after many separate health scares. Miracle of the Prayer Cloth offers uplifting insights about devoted and unconditional love while also telling how faith, prayer, belief, family, and God can lead one through the most difficult of times. It narrates a story of travel, adventure, romance, and overcoming obstacles—from an unfortunate incident and suffering of a loved one to a renewed life and beginning.

Amalie Sabali was a successful accountant. She and her husband, John, raised two daughters, and have five grandchildren. She currently lives in St Thomas, Virgin Islands.