Defender of the Texas Frontier 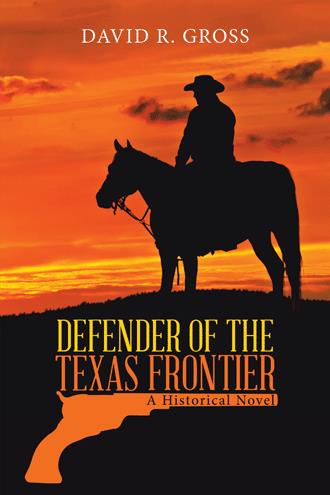 John Coffey Hays is just nineteen when he arrives in the town of Nacogdoches Republic of Texas in 1836. Moments later when a man is killed, none of the witnesses dispute that Jack acted in self-defense. Despite his young age, Jack is a man who commands perhaps just as much fear as respect. Although Jack is too late to enlist in the fight for Texas Independence, he soon joins the ranging company of Deaf Smith and begins a thirteen-year history of defending Texans from raids by Comanche bands and Mexican bandits. When he is just twenty-three, he is made a captain of the Texas Rangers. As he becomes known as a fearless fighter, Jack leads a group of men who will follow him anywhere and under any circumstances. While Jack’s Rangers scout, defend US supply and communication lines from attacks by Mexican guerrillas, and fight with army units in the Mexican-American War, the men earn a significant reputation for bravery and success. As Jack’s journey leads him to love and eventually marriage he leads his Rangers and transforms Texas history forever. In this fascinating historical novel, a young Texas Ranger leads his men in fierce battles against Comanche raiders, Mexican bandits, and the Texas Regiment in the Mexican-American War.

David R. Gross practiced veterinary medicine for ten years before returning to school to earn MS and PhD degrees. He taught and performed research for thirty-six years, completing his academic career as professor and head of the basic science department at the Veterinary School of the University of Illinois. Gross has co-edited three multi-authored textbooks, authored more than one hundred scientific articles, and given many scientific talks at national and international meetings. Since retirement, he has written and published 3 memoirs, a historical novel and a self-help book. He currently lives in Everett, Washington.