Dancing in the Remains 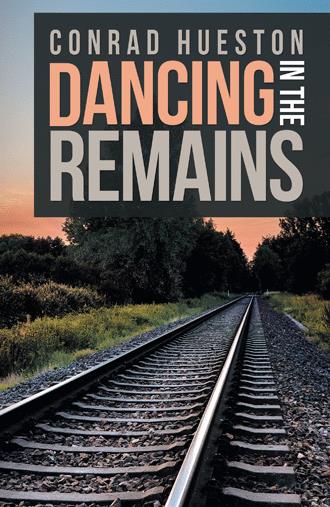 Nineteen-year-old Manson feels trapped in a life he despises. Living in Gatford, the town in which he grew up, his one ray of light is Mindy, a young woman with a disturbed mind and a passionate heart. She battles depression and harbors a strange obsession with death. They find themselves falling headfirst into a relationship as Manson’s life takes a dark turn. The death of his grandmother brings home Dan, a brother he hasn’t seen in years. Tensions grow, and emotions run high as the brothers head for an inevitable conflict. A novel, Dancing in the Remains tackles the real issues of depression, grief, and abandonment through a cast of unforgettable characters. Author Conrad Hueston explores an array of emotions that permeate not only the fictitious town of Gatford but also the world in which we live. Manson noticed the motion. His eyes were drawn to the scars. He decided to ask the question he’d been wondering for some time. “Do you still cut?” Mindy looked across the lawn. Not much grass was showing through the layers of white. She felt herself unravelling as she dropped the last roll of toilet paper and let it bounce away. “Sometimes,” she admitted. “Why?” Mindy inhaled deeply, taking in the moist night air and exhaling slowly. “I don’t know. I ... I just think my brain works differently. I’ve suffered from depression my whole life. They try to give me meds for it, but I ... I just can’t.” “Why can’t you?” “I’ve tried taking them; I really have.” Her eyes were fixed in a distant gaze. “Meds make me feel ... different. I don’t like it. Maybe ... maybe I’ve become so accustomed to the sadness that I can’t live any other way. Maybe I’m supposed to be like this. Broken.”

Conrad Hueston is a twenty-some-year-old blue-collar worker pursuing his love of writing and music on the side. He lives in Midwest Michigan near his family and friends. This is Hueston’s debut book.