The Sinitic Civilization Book I

A Factual History Through the Lens of Archaeology, Bronzeware, Astronomy, Divination, Calendar and the Annals 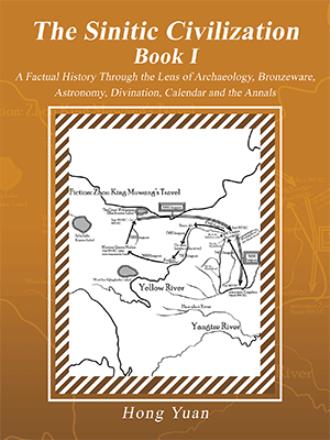 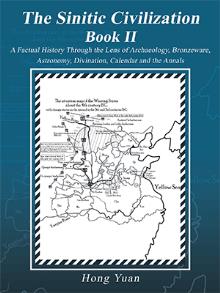 The Sinitic Civilization
A Factual History through the Lens of Archaeology, Bronzeware, Astronomy, Divination, Calendar and the Annals

The book covered the time span of history of the Sinitic civilization from antiquity, to the 3rd millennium B.C. to A.D. 85. A comprehensive review of history related to the Sinitic cosmological, astronomical, astrological, historical, divinatory, and geographical developments was given. All ancient Chinese calendars had been examined, with the ancient thearchs’ dates examined from the perspective how they were forged or made up. The book provides the indisputable evidence regarding the fingerprint of the forger for the 3rd century A.D. book Shangshu (remotely ancient history), and close to 50 fingerprints of the forger of the contemporary version of The Bamboo Annals. Using the watershed line of Qin Emperor Shihuangdi’s book burning of 213 B.C., the book rectified what was the original history before the book burning, filtered out what was forged after the book burning, sorted out the sophistry and fables that were rampant just prior to the book burning, and validated the history against the records in the oracle bones, bronzeware, and bamboo slips. The book covers 95-98% and more of the contents in the two ancient history annals of The Spring Autumn Annals and The Bamboo Annals. There are dedicated chapters devoted to interpreting Qu Yuan’s poem Asking Heaven (Tian Wen), the mythical book The Legends of Mountains & Seas (Shan Hai Jing), geography book Lord Yu’s Tributes (Yu Gong), and Zhou King Muwang’s Travelogue (Mu-tian-zi Zhuan). The book has appendices of two calendars: the first anterior quarter remainder calendar (247 B.C.-104 B.C./247 B.C.-85 A.D.) of the Qin Empire, as well as a conversion table of the sexagenary years of the virtual Yin-li (Shang dynasty) quarter remainder calendar versus the Gregorian calendar, that covers the years 2698 B.C. to 2018 A.D. Book I stops about the midpoint of the 242 years covered in Confucius’ abridged book The Spring & Autumn Annals (722-481 B.C.). Book II stops at Han Emperor Zhangdi (Liu Da, reign A.D. 76-88; actual reign Aug of A.D. 75-Feb of A.D. 88), with the A.D. 85 adoption of the Sifen-li posterior quarter remainder calendar premised on reverting to the sexagenary years of the virtual Yin-li (Shang dynasty) quarter remainder calendar, a calendar disconnected from the Jupiter’s chronogram, that was purportedly invented by the Confucians on basis of Confucius’ identifying the ‘qi-lin’ divine giraffe animal and wrapping up the masterpiece The Spring & Autumn Annals two years prior to death.