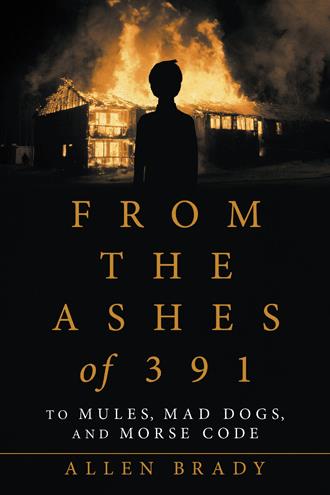 “Practical Jokes and Sanity” It seems that most guys acquire a nickname. As I stated, mine was O.B. and O.B. stood for “political Morse.” I also was very shy and blushed easily when embarrassed. So much so that I was called “Scarlett.” Therefore, I was known to some as “the Scarlett O.B.,” or just “O.B.,” or perhaps as “Scarlett.” Because I was also from Alabama, a few referred to me as “Reb.” I did not take offense to whatever I was called as it was in good-natured fun. We all got along very well together and few if any problems or disagreements arose. We played lots of pranks on each other, especially while we were actually intercepting. That was to break the tension and served almost as a relief valve for us. “O.B., do you need any Fallopian tubes?” the nug with the clipboard asked. I was busy rolling the frequency spectrum looking for unidentified transmitters and was surprised and confused by the unexpected question. “What’s that?” I asked. Someone standing behind the new guy was grinning and gesturing to play along so I knew the joke was on. “Do you need any fallopian tubes for your receivers?” I pretended to check by adjusting several knobs and replied “Yes, I do. Receiver A needs one.” “Male or female?” he asked. “Female,” I answered. “Nothing for B?” I pretended to check B receiver and said, “Yeah, better take care of B, too.” “One or two, male or female?” he asked. “Two, male,” I responded. He wrote the info down on the clipboard and stepped over to the VCIB operator (Viet Communist Intelligence Net interceptor). I looked back at the grinning guy who seemed to be behind the joke and he signaled that I would get the low down later. For now, keep a straight face was the order of the day. After the newby (new baby) had finished taking orders for Fallopian tubes from all of us, he turned the list in and was congratulated on the fine and complete job that he had done. To be sure, no one had ever done better!

In many ways, life for Allen Brady began on a 1954 afternoon when his childhood home in Hope Hull, Alabama erupted in flames and burned to the ground. He was four years old. The family home was rebuilt and given the address of 391. In 1974, he experienced another rebirth while in the military in Okinawa—that was the year he married Yoko. Her address included 391, which was eerily similar to his own. In this memoir, Brady recalls the series of events that brought him from Alabama to a faraway island where the course of his life was set. He begins with memories of a small farm existence complete with a mule and wagon (no car and no television). While white, he was taught by his parents to respect everyone no matter the color of their skin in this racially segregated state. Join the author as he looks back at his life’s unexpected turns, his involvement in Vietnam as part of the Army Security Agency, and what it meant to be a “research operator” working under a cloak of secrecy.

Allen Brady was born, raised, and educated in rural Alabama. He left home in 1969 for service in the Army Security Agency, returned home in 1979, and worked in the private sector until his recent retirement. He and his wife, Yoko, are enjoying life as gardeners and spending time with their little dogs, Buddy and Tiny.