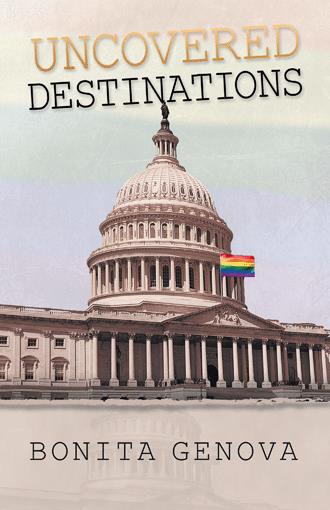 Stefania and Jesse arrived at the Capitol. Since 911, everyone was required to go through extensive security screening. It didn't matter that Jesse was with the Justice Department. And Justice didn't even want their people to stand out in a crowd. The less exposure they had the better for all. After being cleared, they went up to the top of the stairs along with all the other visitors to look towards the right in their quest for this grey-haired gentleman. They saw one set of doors without a placard and immediately wondered. It appeared one had just recently been removed and was waiting for a new owner. Stefania looked at Jesse. "Do you think?" "Yes, I do think." He knocked on the door. No one answered. He turned the handle. It was unlocked, so he and Stefania looked at each other, looked around, and then walked in, closing the door behind them. The room was empty. There was evidence of a large desk and chairs heavy enough to have made indentations on the carpet, as well as phone and computer lines. Nothing else left. There were no light fixtures. The light in the room naturally streamed in from the windows. The only thing in the room was an empty wastepaper basket. Jesse walked over to it, peered into it and walked away but just as quickly spiraled because he thought he saw something shimmering in it which caught his eye. It seemed to be stuck under the inside rim on the bottom of the wastepaper basket. He picked up the basket and walked over to the window for more light. He reached in and had to sort of pick and push at it to loosen it, so he could take it out of the basket. He found that it was a memory card for a cell phone or digital camera which was hardly detectable because it was almost hidden under the rim. Jesse told Stefania it could be a valuable trade-off. No grey-haired gentleman but a memory card instead. Stefania asked him if he had his laptop in the car. Possibly, if it fit, they might have something to read. Connecting the card to the laptop produced encrypted gibberish. A frustrated Jesse asked why things couldn't just be simple anymore. He and Stefania drove back to his office with it, dropped off the card, told Nancy to get on it immediately, and call him with anything they come up with. Jesse told Nancy this was to be treated as 'time is of the essence.' He told her to report to him and not to share any information uncovered with anyone but him. Jesse and Stefania next decided to make a stop at Geoffrey's studio. They knew that Micayla said she would be there but also knew she would be picking Ava up from school at 330pm. They saw Micayla's car still parked at the studio and waited to follow her. About fifteen minutes went by and Jesse's cell phone rang. It was Nancy calling. They found some preliminary information about Peter Holbrook. His picture, a picture of his house, and a video of him leaving the German Consulate were on the memory card. The date goes back four years. He asked Stefania if she had been able to hear Nancy sharing information on his cell, even though it had not been on speaker, pertaining to the chip they just found. She told Jesse she surely had been able to hear her.

Micayla Holbrook Webber is a world-famous classical pianist who lives in Washington, DC. Powerful woman Stefania Puglio has top security clearance in the US Justice Department as an influential attorney. The two met at one of Micayla’s concerts in the Piazza del Campo, Tuscany. They formed a connection at the after-party but eventually left Italy for their respective homes in different states. Almost five years pass before Stefania receives a phone call from Micayla. She needs help. Her first husband died under mysterious circumstances a year after Tuscany. Her young daughter, Ava, believes her second husband, Edmund, is a liar and fake. Revelations expose even more unsettling information of a deadly plot born out of World War II with evidence leading up to the steps of the US Capitol. Now they work together amidst danger, plot twists, threats of death, and death, itself, to uncover the mystery. This riveting story full of suspense will keep you on the edge of your seat and challenge you to an uninterrupted read.

Bonita Genova, owner of Tender Loving Care 4 Tender Loving Critters, serves the northeast tri-state area providing pet care needs. She has a real estate and financial services background and lives in the Historic District of North Plainfield, New Jersey with her four-legged family members. As a child, she always composed stories in her mind, while busy with other things. She enjoyed ‘writing’ and ‘seeing’ those stories in her mind. And she thought that she would enjoy putting her thoughts and stories on paper but never did——until one day——an explosion occurred within her and she told herself to take her laptop, sit on the couch, and begin to write a story. She did. This is the story. She hopes you enjoy it. She has several other books she is working on in various stages of completion, so you will have more of her works to enjoy. Her hobbies include Latin dancing, studying classical piano, and learning to speak Italian — as well, of course, writing.