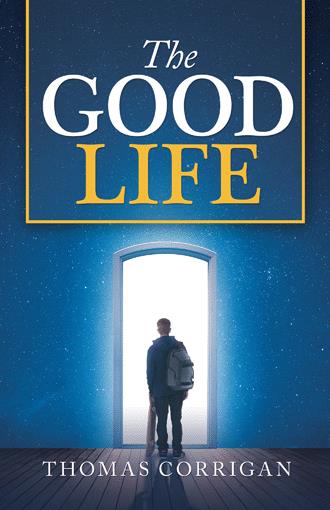 “Josh, listen to yourself. You’re delusional. Did you not just hear your mom saying she’s being beaten?” A booming voice came out of nowhere. “Walker, Joshua!” It was Wayne. “What’s this about?” Wayne asked, looking at Josh and me. Josh hesitated, looking back and forth at me. If Josh told his dad about the feds, Wayne would plant my head on a stake in May View. “Walker … Walker has been talking with Mr. Lambart about … about getting … you locked up,” he stuttered. He just made a mistake that would decide if I would have kids or if my epitaph would read “Walker Morrison: born prematurely, died prematurely.” “Is that so?” Wayne smiled. He walked over to Josh and smacked his head against the wall a couple of times, knocking Josh unconscious. Wayne turned to me and shook his head. “I will bury you.” “Uh-oh,” I muttered. Wayne walked forward, grabbed my shoulders, and threw me against the drywall. I started swearing and yelling at him like a Tourettes-born child who had just been given caffeine. I wasn’t really prepared to fight an adult, so I had to rely on pure adrenaline and pray those stories about moms lifting pickup trucks off their kids were true. After hitting the drywall, my body fell to the ground like a Turkish dockman after a long night of drinking. I looked up to see Wayne coming at me. I stumbled around trying to grab the clothes dresser to pull myself up. Not fast enough, though, and I was kicked back against the drywall by Wayne’s pork chop of a leg. “Are you really doing this in front of your fucking son?” I screamed out. Wayne looked up and shouted, “He’s out cold, Walker. You threaten me? Threaten me with prison time? Kid, I will drown you in your own blood in front of a fucking nursing home.” “Your son doesn’t love you, Wayne.” I dug at his nerves. “I know why you came back! Finish off the family who never loved you to start.” Wayne got me by the throat and began squeezing with his NFL muscle-sized arms. I fell on my back, trying to catch a breath. I looked around for something to improvise into a weapon. My eyes squinted as I was losing oxygen. I found nothing, and my vision began to blur. But right before my vision faded to black, Wayne let go of my throat with his right arm and lifted his fist to punch me in the face, hoping to expedite the “losing consciousness” process. I leaned my head away, and his fist hit the floor. I kicked Wayne in the balls, and I used his half-second release of my neck to punch him in the face. Still staggering around from that special feeling of balls annihilation, Wayne regained his balance to try to get a hit on me. I was already gone and sprinting through the house. When Wayne rushed me, I tried to throw a punch that missed him by a mile, and he socked me so hard I nearly blacked out. I backed off and ran around the island in the kitchen. I had to keep my gaze on Wayne as he tried faking me out to get around the block of granite. I felt my phone buzz, and I whipped it out. My mom, without any knowledge of what was going on, had casually texted, “R u having fun??” I ignored my mom’s query. 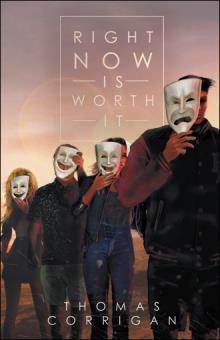 Right Now Is Worth It
Thomas Corrigan
$20.99

Fifteen-year-old Walker Morrison has somehow managed to survive nine years in a religious, preppy K-8 school with his sanity and an actual group of friends. The six-foot-one football player and wannabe movie director has finally emerged from his shell, given the piano performance of his life at a final school concert, and secured a passionate kiss from the beautiful Candace Watson. But little does Walker know that his life is about to slowly unravel before his eyes.

After spending the summer with his rebellious best friend, Josh, Walker starts his freshman year at a prestigious coed high school in Northern California. Although he has heard mixed reviews about his new school, Walker has decided not to let the comments build his expectations. After all, how bad can freshman year really be? Unfortunately, Walker is about to find out as his classmates begin to bully him. When he risks his life for the sake of Josh and is officially rejected by his peers, Walker decides he has had enough, exacts bloody revenge, and learns that sometimes what he wants in life isn’t exactly what he needs.

The Good Life is the story of a teen’s journey to find acceptance while searching for his true identity during his formative years.

Thomas Corrigan is a high school senior who enjoys screenwriting, composing and performing music, and working out on a daily basis. The Good Life is his debut young adult novel.