The Mighty Adventures of Mouse, the Cat

The Calling of the Protectors: Book 2 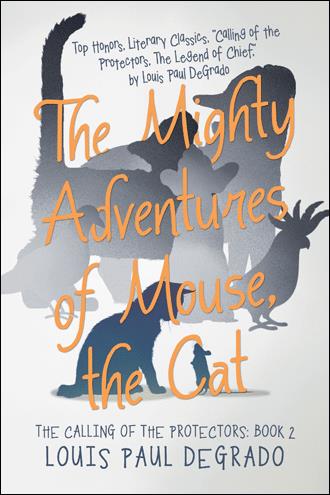 At two minutes to midnight the normally quiet street was suddenly full of movement in front of the Belaire animal control building. Three cats, ten pigeons, a mouse, a rat and a Sulphur-crested cockatoo took positions in the shrubbery across the road from the business and scanned the surroundings. “Hold here,” one of the pigeons called out. He was the leader of the Pigeon Brigade, Colonel Wellington. Mouse, a small, fluffy black and white cat approached Colonel Wellington who, although he was mostly gray and white like the other pigeons, was easy to distinguish by his large form and makeshift medal he wore around his neck. The medal was really a large decorative brass button with a piece of twine through it. “Are we ready, Mouse?” Colonel Wellington asked. “Everyone is here,” Mouse said. “We are ready.” “Recon patrol, launch, “ Colonel Wellington called out and waved his right wing in the air. Six pigeons took to flight lifting off with such grace that they were nearly silent. Mouse watched as they spread out with two taking the right, two to the left, and the other two flying high to the front of the building and then going to the roof and around the back. Mouse knew she was built to see in the dark and could see farther from the ground than the pigeons, but the view they had from above would be invaluable to the success of the mission. A small black and white mouse named ‘Little Foot’ and a scrawny rat named ‘Streets’ flanked her as she patiently waited for the reconnaissance flight to return. The other cats and pigeons waited behind her. “How exactly did you get the name ‘Mouse’?” the unkempt, thin rat named Streets said. “It happened by accident,” Mouse said. “When I was a small kitten with my family, the apartment manager, Miss Sorenson told my mom and dad they could only keep one of us. I was what you call the runt of the litter and my mom picked me because she worried I wouldn’t make it without her looking after me. My dad told her I would be unable to take his position defending the building and that I wasn’t even as big as a mouse. The name stuck.” “So, you have brothers and sisters?” “I suppose so,” Mouse said. “But I don’t remember much about them or know where they are now. How about you?” “I never knew my pops, but my mom, she was a real go getter. She had a place where everyone came and she would serve vittles and that’s how she got her information; by listening to the conversations. She would share it for the right price. I never could cook. So, when she passed, I gave up that business. Since I knew so much about what was going on, everyone kept coming to me. With no place to go, I just roamed around the streets and soon learned where everything is and listened to what is going on. See, I know what’s going down all around town.” “And that’s why they call you Streets,” Mouse said. “Makes sense,” “My real name is Benson.” “That’s a great name,” Mouse said. Why don’t you go by that?” “I have a reputation. Here, let me put it another way,” Streets said. He took a few steps back from the road into the clearing where the other animals waited and started singing: “They call me Streets I know the town I know what’s up And what’s going down I might be a rat but I never tell They call me Streets I got something to sell Uptown, downtown You can say, I get around Any location is my vocation Gossip and lies, had no disguise I heard it all and have information The call me streets I know the town If it’s info you need I got the low-down I might be a rat But I’ll never tell You got something you need I got something to sell” Streets moved around Mouse and the others as he started talking. “Do you know what happened on 42nd street last night?” Mouse shook her head. “Well, I do,” Streets said. “How about what’s going down in LODO.” She shook her head again. “I didn’t think so,” Streets said and started singing again. “I might share what I know And knowing’s what I do Got something you need I got something for you Uptown, downtown You can say I get around You think no one’s watching You haven’t got a clue Got something you need I got something for you.” After Streets finished his song, the others clapped except for Colonel Wellington who shook his head and ruffled his feathers as he said, “If we are quite done I would remind everyone that we are on a rescue mission that we could jeopardize any minute if we don’t keep quiet!” 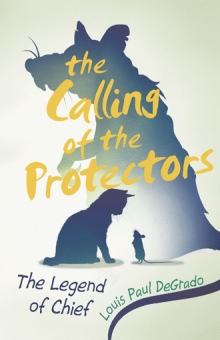 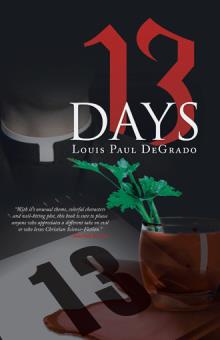 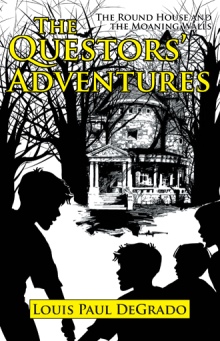 Mouse is a fluffy cat who was born a runt and daughter of a protector—a group of cats destined to protect humans from vermin and evil. Despite the name she received because of her small size, Mouse has giant plans. After she rescues a few of her friends from an animal-control facility, Mouse cannot help but notice the other trapped animals certain to face an unspeakable fate. Trusting her calling and courage, Mouse allies herself with a rat, cockatoo, bulldog, a fancy mouse, weasel, raccoon, and some jazz-loving alley cats to free the animals. But little does she know that their path forward is full of dangers that include vicious dogs, coyotes, crossing roads, and self-doubt. Will Mouse have the courage to overcome her insecurities and lead the group to safety? In this tale of adventure and courage, a tiny cat with a big heart takes on a special mission to rescue a group of animals from a horrible fate.

Louis Paul DeGrado was born and raised in Colorado. After graduating high school, he joined the US Army and served as a flight engineer. The songwriter and storyteller earned BS and MBA degrees from Colorado State University, and has four “Book of the Year” finalist awards to his credit.