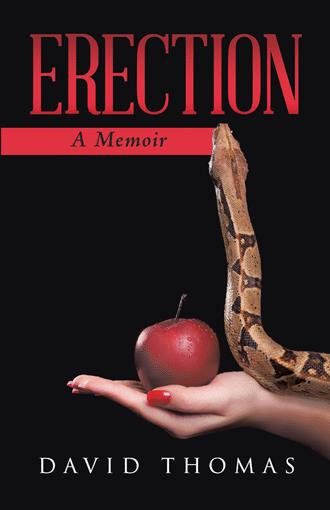 For decades, news outlets have described sexual misconduct by prominent men, ranging from indecent exposure and molestation to spousal abuse, rape, and murder. And while social movements have empowered women to add their stories to these headlines, so much inappropriate sexual behavior happens below the radar and is treated as natural, normal, or is excused—because “boys will be boys,” or worse, “she asked for it.” In Erection, author David Thomas narrates his young, repressed childhood and the pattern of “thinking with his crotch” that haunted his life. After growing up trying to sexually escalate every interaction with a woman, David finds himself the teenage husband in a shotgun marriage that would last twelve years and produce two daughters he adores and abandons. Then divorcing his first wife for a trophy wife and a decade of sexual pleasure, David’s life would spiral into addiction and pain that wounded everyone the marriages touched. It would be only after his second divorce crippled his son when David would discover the right role for passionate sex in an intimate relationship. Erection is a story of the human damage ordinary men create when they follow their hormones and their culture’s permission to pursue aggressive sexual activity unreflectively and to avoid at all costs reflecting on and communicating about their sexuality.

“The title of this book has shock value, but it’s inaccurate. Erection: A Memoir isn’t about a body part. Rather, it’s the story of a whole man who was very much a product of his time. With self-criticism and compassion offered in equal measures, the narrative provides a thoughtful and compelling reading journey.”

“More nuanced and broader in scope than its provocative title suggests.”

“The title. . .moves beyond the obvious phallic reference. . .to include a construction metaphor, that is, the building of a satisfying career, personal life, and physical home. . . . The book addresses a wide array of topics, including the pressures and temptations of academia, the exhilaration and trappings of social mobility, and the tragedy of substance abuse . . . .”

The “thoughtful introduction and epilogue. . .situates his story amid current debates about appropriate male behavior via the #Me Too Movement and a whole myriad of contentious cultural issues surrounding sex.”

“. . . a thorough, humane approach to human sexuality, seen through one man’s experiences.”

“encourages men to talk about their sexuality, take responsibility for their choices, and quit making decisions based on sex and self.”

“Refreshingly, Erection focuses on . . how men can empower and dignify their sexual needs without preying on women.”

“. . . many smart, succinct insights about how young people develop their sexual beliefs.”

“. . . complex and moving. Chapters are tight and well structured. The personal story unspools effortlessly, and Thomas’ voice is clear and strong.”

David Thomas is a retired professor and higher education administrator. He has published over twenty books, and he has three children and lives with his wife in the Midwest. In Erection, he chronicles his candid and personal story of sexual misconduct, and he urges other erection-driven men to reflect on their sexuality and communicate about it with their partners and families.