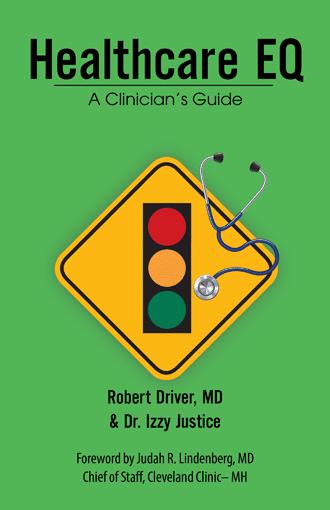 Foreword Emotional Intelligence (EQ) is perplexing to many, not so much because it’s so hard to understand, but rather because of how easily it is misunderstood. As Chief of Staff at my hospital, I have encountered this bit of misapprehension in my colleagues, my staff, and myself; and it’s a serious barrier to personal growth. As I grew into the role, I kept track of some important guidelines which emerged as critical tools for discharging my responsibilities and negotiating change and conflict. I’ve written some codes of management for myself. Amongst those (the list is now over forty) rules are: • Don’t judge until you know the facts • Don’t become part of the drama • Ask yourself, “What is the outcome I want?” • Presume that you have something to learn • Don’t burn bridges • Pick your battles AND your moments Many would categorize these behaviors as merely being nice and caring, or common sense, or an effortless expression of empathy, but they would be wrong. What they all share is their reliance on the active application of emotional intelligence. EQ manifests itself in both the workplace and life as it is the ability to listen, manage conflict, and collaborate to solve problems. It infuses a person with confidence, self-control, and the ability to inspire and influence others. One of the most frustrating myths encountered about EQ is the belief that a person either has it or does not. This binary assertion is tantamount to saying that it’s a skill one cannot learn, that only those who received the gift at birth are capable of it. Rather, it is like almost every other skill in life. It can be developed. It may come as a shock to most people that despite being a physician, I don’t play golf. I’ve never touched a golf club let alone played a round. As such, I can guarantee my first go at it would be a fair bit worse than Michael Jordan playing professional baseball; but, I also expect that if I took lessons and devotedly practiced, I could eventually become respectable. I might not demonstrate Tiger Woods’ ability, but I would be much better than I am now. EQ training is much the same, and this book can help you harness whatever innate measure of EQ you possess and stimulate its growth, especially as a clinician in healthcare. What makes this book about EQ so valuable is that it’s not just a recitation of parables or a list of self-help techniques. It engages the reader to be a proactive participant and driver of the transformation that will come while developing one’s emotional intelligence. In a real sense, it inspires the reader to become a determined participant rather than a passive receptacle. Everything you need to awaken your EQ spirit lies within. Beginning with a focus on self-awareness, the very foundation of emotional intelligence, the authors train the reader to recruit often untapped senses to the task. They demonstrate how critical EQ is to everyday decision making – at every level – and describe the neuroscience of the limbic system to elucidate how easy it is for the amygdala to hijack a cognitive process and cause undesired outcomes. In turn, they demonstrate how to counter the emotional currents, first by recognizing them and then by exerting conscious control; and they provide a rigorous framework for both short and long-term success. Becoming emotionally intelligent is a choice, not a birthright. From the autist to the empath, virtually everyone has a measure of it. Dr. Driver gives credence to this claim with a poignantly personal story of his own enlightenment in Chapter 6. The same awakening awaits us all, if we only agree to give up the passive acceptance of emotional tone deafness and decide to embrace the potential which lies within us all. The stakes are now higher than ever for physicians in particular. Practicing medicine has long been a high-stress endeavor. As the authors point out, burnout is looming ominously over the future of healthcare. It threatens a physician shortage, as affected doctors retire early or switch into non-clinical roles at a time when demand for medical care is higher than ever. Manufacturing new physicians is analogous to producing bourbon. It takes years to get the finished product, meaning that we can’t just decide to make more today and have them practice next week. We also now realize that burnout leads to disengagement, which worsens patient outcomes. In moral terms then, you not only should read this book, you need to read this book. Judah R. Lindenberg, MD Chief of Staff Cleveland Clinic – Marymount Hospital

If there is one thing we can all be certain of, it is that as long as there are sick people who need care, clinicians will be needed to provide that care. As such, skills required to treat a vast array of illnesses and injuries have been the focus of education for clinicians, and rightfully so. There is, however, a missing skill: emotional intelligence. Caring for the ill, as a physician, nurse, or any other designation, means having direct contact with people at their most vulnerable times. It means interacting with families of the ailing. These are emotional events requiring different skills and knowledge from that of treating the illness or injury itself. This book presents a new framework and language for clinicians to complement their current skills and enhance the patient experience.

Robert Driver, MD, is board certified in Emergency Medicine. He has been practicing clinically since completing his residency in 2003. He is also a certified EQ coach. Dr. Izzy Justice is a renowned Emotional Intelligence expert, having published six other books previously. He has worked with healthcare providers and clinicians as a consultant at Deloitte, Andersen, Cerner, and Premier. His weekly blog (http://izzyjustice.wordpress.com) is read globally. He and his family live on Lake Norman in North Carolina.