A Professional Guide for Group Therapy and Self-Help 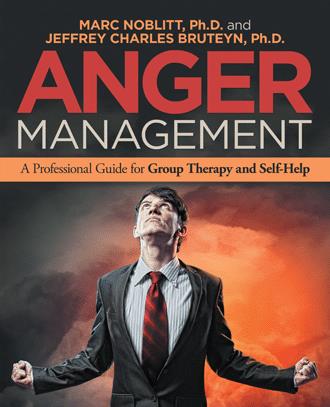 Are you tired of anger management programs that are long on theory and short on practical steps to actually manage your anger? Then this is the book you need. Drawing on newly pioneered techniques in the burgeoning field of positive psychology, the authors share a comprehensive twelve-week anger management program. They share meaningful insights, including why it’s beneficial to transfer your desire to do something to an outside source (such as the judicial system), why choosing not to harm others makes it less likely they’ll harm you, and how cultivating a spirit of optimism can eliminate angry outbursts. They also examine myths surrounding anger, such as the idea that it is not inherited, that anger always leads to aggression, the idea that people must be aggressive to get what they want, that venting anger is always desirable, and more. The program incorporates the use of multiple anger styles, diet, yoga, and music therapy, making it easy to follow and customizable based on an individual’s needs. Whether you are running a group therapy session or working to resolve your own anger, this revolutionary program will help you achieve positive and lasting results.

MARC “SATTVA” NOBLITT, Ph.D., a prodigy from the age of seven, is one of the most prominent and sought after yoga masters in the world. He has spent his life travelling the globe, seeking, studying, and training under some of the world’s greatest yoga masters, martial arts masters, academic experts, and ancient Chinese medical masters. As an internationally recognized yoga master he has integrated ancient, holistic and all-natural practices with modern anti-aging technologies while benefiting thousands of students over the past four decades. JEFFREY CHARLES BRUTEYN, Ph.D., is a former investment banking executive and CEO of two publically traded investment companies. Through a series of life changing events, he became interested in counseling and helping others. He earned a master’s degree and Ph.D. in psychology and Christian counseling. He is also the author of Suicidal Kings: The Road to Redemption and Prisoner to Profiteer: How to Become a Millionaire Within Ten Years, with a focus on financial counseling. He has spent the past twelve years working with anger management, specializing in group therapy coordination.