Breaking It Down and Connecting the Dots 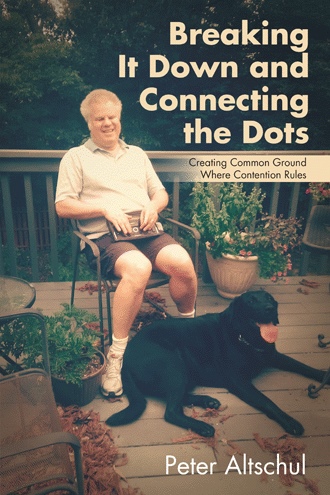 Two weeks ago, a social services agency asked me to prepare a fifteen-minute presentation on motivating staff as part of the interview process for a Training Specialist position. While reviewing the PowerPoint slides they had sent to assist in my preparation, an exchange with my sixteen-year-old stepson flashed through my mind. "You can't make me do anything!" he said, challenge rippling through his voice. "You're right; I can't," I said calmly. * * * I recently took part in a job interview for a middle management position at a large organization with a well-respected diversity program. I was professionally dressed. The interviewers were respectful. I answered their questions at least reasonably well, and asked questions that generated a spirited and friendly discussion. Fifteen seconds after leaving the office, I knew I wouldn't get the job. * * * "Intersectionality," Google told me through the voice of my speech synthesizer, "is a concept often used in critical theories to describe the ways in which oppressive institutions (racism, sexism, homophobia, transphobia, ableism, xenophobia, classism, etc.) are interconnected and cannot be examined separately from one another." Huh? * * * Football invades our house in late August, with no firm retreat date. Joseph, my seventeen-year-old stepson, is the starting noseguard on the Rock Bridge High School football team, and Louis, my fifteen-year-old stepson, plays percussion in the Rock Bridge band. Normally, the season ends by Halloween — but not this year. * * * "Black lives matter!" "All lives matter!" "Michael Brown!" "Darren Wilson!" "Police crime!" "Black crime!" "If police respected us!" "If you people did what the police told you to do!" "The blue wall of silence!" "You're making police ineffective!" "Discrimination!" "No fathers!" "Underfunded schools!" "You don't care about education!" "Black lives matter!" "1,873 black babies murdered every day by abortion!" * * * Last week, Lisa and I celebrated our eighth wedding anniversary at home "Reminiscing" (Little River Band) while consuming brie in puffed pastry, California rolls, and sparkling wine with background music, courtesy of SiriusXM. "You're listening to Yacht Rock radio," the announcer intoned in a snarky, pompous voice, along with patter about the minimum size of a boat before it could be properly called a yacht. "Yacht what?" Lisa asked with a smile in her voice, accompanied by the thunk of a glass gently being placed on the table. * * * "Na na na na, na na na na, hey hey hey, goodbye." Thus chorused some Congressional Democrats after the American Health Care Act (AHCA) narrowly passed the House of Representatives. * * * Mudville, FL — Vixen News reports that zoologists claim that they have discovered a new swamp-dwelling creature, which they have called the trumputin. A spokesperson described this creature as a four-legged beast connected at the hip that lurches from place to place hurling curses and poisoned darts at its enemies. * * * "Glory to God in the highest," the angels sang as they announced the birth of Jesus to the shepherds. "And peace to his people on earth." Over the years, I have heard many sermons about the Christmas story, but I don't recall coming across any reflections on the meaning of "peace." So...what is peace? 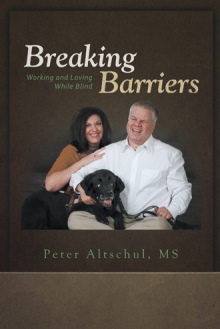 In this book of compact essays, Peter Altschul, MS, explores topics ranging from psychology, sports, and diversity to family life, politics, and Christianity. Peruse this book and you’ll find personal stories, political analysis, and satire. You’ll laugh, you’ll cry, you’ll think. You might find connections you’ve never seen before and common ground where you think none is possible. And perhaps you’ll be influenced to behave a little differently in order to make things a little—or a lot—better. Peter Altschul, MS, assists groups and organizations to become better at influencing people, resolving conflicts, managing diversity, and planning for the future. A published author and composer, he lives with his guide dog, Heath, in Columbia, Missouri.