Tales of a Rock and Roll Girl Child 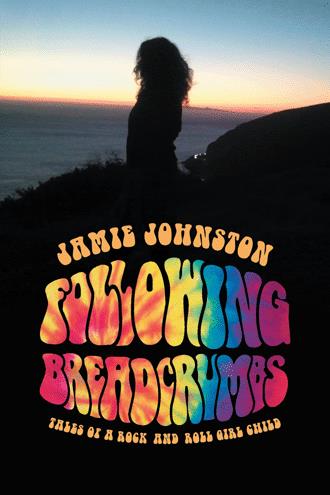 The explosion heard throughout the city in the summer of 1965, was written down in the history books as the Watts riots. I was lost in the rather privileged insulated world of the white upper middle-class and viewing the riots from Beverly Hills was truly bizarre. I remember feeling angry and guilty at the same time. The kind of guilt I had always felt as a protected and pampered white kid living in plenty, while I constantly noticed others who had so much less. At my parents’ social gatherings, I was often finding refuge in the kitchen with the ‘colored’ help. Somehow, it just felt more comfortable and real there.

Like a punch in the stomach, I remember exactly where I was when I first heard “Eve of Destruction” in the autumn of 1965. I was at a girl’s house who was a George Harrison fan that I had met somewhere and she lived toward the valley side of Coldwater Canyon, which was the next canyon over from me. The dreadful pall that I felt with that record was unreal. I think I stopped breathing. The death knell of the drum, the simple acoustic intro and the sandpaper voice of Barry McGuire combined, sent chills down my spine. And I remember after that, becoming acutely aware of the name P.F. Sloan in association with, not only that song, but other songs that graced my 45s and album covers, which I read voraciously word for word.

A little more than 20 years later, Phil Sloan and I would become embroiled in a turbulent 9 year yo-yo of a relationship which rivaled that fabled topsy-turvy trip down a well-known rabbit hole.

I managed to get into a lot of places as a kid and whether I had a story to cover me or not, somehow, whether by magic or sheer savvy, I was present during a lot of freeze frame moments from that glorious place and time. From the time I was just 11 years old, a year earlier, I was sneaking out from the safety of the cocooned canyon and down to the Sunset Strip, where I would wander up and down the street like my older teenage counterparts. I had ‘Byrd glasses’ in three different colors. I wore a black leather ‘Lennon cap’, ‘whale cords’ and De Voss-style shirts, hoping that it would set me apart from the giggling silly little girls in go-go boots and heavy makeup, whose mission was to get one of the guys in a group. I wanted to meet the guys in the groups too, but not for the same reasons.

Like kids who cluster outside a baseball stadium with baseballs in their hands, mine was an act of hero worship. My mission that summer was to find out all the variations on the D chord so that I could play just like Jim (Roger) McGuinn of The Byrds, famous for his Rickenbacker 12-string guitar. It wouldn’t be until 1975 when I would finally own a Rickenbacker—a mint condition vintage 1966 Fireglo 360-6, with the checkerboard trim on the back.

My fave hang out on the Strip was the classic ’50s-style coffee shop Ben Frank’s (now a Mel’s Diner), whose close proximity to The Trip nightclub across the street made it the perfect grandstand from which to view the comings and goings of L.A.’s pop elite; Neil Young in his trademark tasseled suede jacket and sideburns; Phil Spector in his 3-piece suit and dangling watch chain, and David Crosby in his iconic green suede cape.

Heading east down Sunset from the Trip was a club called Pandora’s Box, a pink and lavender spectacle of a place where on any given day, you could find a dozen runaways stationed inside up against its dayglo walls. Pandora’s is cemented into L.A. lore as being ground zero for the infamous November 1966 Sunset Strip riots, immortalized in The Buffalo Springfield’s ode “For What It’s Worth”. What started out as the cops cracking down on 10 P.M. curfew violations, escalated into several days of heated confrontations between them and hundreds of kids just peacefully gathering. In one of those Forrest Gump moments, I missed the acclaimed rocking of the bus that day, but I had been there only a few hours before.

The Hullabaloo, which had been the ’50s landmark club, the Moulin Rouge, was frequented by a local group out of Westchester, who had once been a surf band called The Crossfires. In 1965, they grew their hair, replaced their reverb with jingle-jangle and became The Turtles. It is a bit peculiar that I never saw them either in my traversing of Hollywood.

30 years later though, their drummer Don Murray, would ask me to marry him.

1966 marked the last year any of us in the States would ever see The Beatles in concert again. In L.A., it was at Dodger Stadium and was the second to the last show ever, which of course was held in San Francisco at Candlestick Park (that’s gone too). Living in this city most of my life, it is hard to believe that it was the one and only time I had ever been to Dodger Stadium.

There is nothing one can adequately say to describe what it was like to be at an actual Beatle concert. Suffice to say, it was enough to realize the enormity of the fact that you were just breathing the same air at the same time.

That was the year that Mom was already separating from my stepfather, actor Rick Jason (Combat!). Rick and I had gotten along famously since he was very encouraging toward my guitar playing

In October of 2000, Rick Jason died from a self-inflicted gunshot wound. He never even left a note. I had a real hard time trying to explain to his widow, just what he meant to me by getting me my first Beatle album and my first guitar.

My mother and I moved from the Benedict Canyon house to an apartment on La Cienega Blvd. in what is now West Hollywood. As luck would have it, the Fountainview West, (now the Westview Towers) was a block south of the Sunset Strip, which gave me unfettered access to all the places I used to have to sneak out to only the year before. I was now within walking distance of Ben Frank's and the Whisky A Go-Go.

And it was there, in my 12th year, as I stood kitty-cornered to the Whisky, I caught my first glimpse of a tall, dark and handsome 21 year old named Gene Clark, as he entered in through its side door. His tortured presence in my life two decades later, would leave me with haunting questions that have yet to be answered.

Biding his time, the Cosmic Ranger lifted a bridle from off a rusty nail.

That summer, my adolescent reign of terror began. “Psychotic Reaction” by The Count Five came out and I couldn’t get it out of my system.  It pretty much summed up the whole enchilada.

As an LA tween in the mid-1960s, Jamie Johnston—free-spirited, fiercely independent Hollywood brat and daughter of ’40s/’50s actor-singer Johnny Johnston (“Rock Around the Clock”)—had two significant events forever frozen in her mind. The first of these memories she would share with millions—the era-defining appearance of the Beatles on Ed Sullivan in 1964. The second memory, however, was much more intimate. It was a bright summer’s day in 1966 when she stood rapt, watching one of the undisputed kings of the Sunset Strip, the Byrds’ Gene Clark, coolly entering the legendary Whisky a Go Go. Little did Jamie know that a mere nine years after having her life changed by the Fab Four, her female duo, the Skiffles, would be signed to a record deal with Beatles producer, George Martin, or that twenty years hence, she would embark upon a passionate affair with the ill-fated ex-Byrd Clark, who died at the age of forty-six in 1991. What begins as an up-close-and-personal commentary of an era that changed the world, with many of its famous players traversing through the pages, evolves into a tragic love story. Praise for Following Breadcrumbs “Following Breadcrumbs is a tell-all rock-and-roll memoir with a conscience” (Tom Sandford, the Clarkophile Blog, Toronto, Canada).

Jamie Johnston was born and grew up between the worlds of old and new Hollywood. In 1972, she and her songwriting partner Sandy, were one of the first female rock bands to get a major record deal. Johnston studied acting with Lee Strasberg and worked in film, theater, and voice overs for years. She lives in the mountains of Idyllwild, California.