Times Change: A History of the Network of Sacred Heart Schools 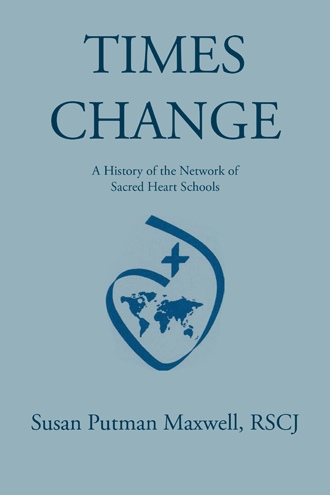 Times Change is an apt description of the developments in schools of the Society of the Sacred Heart and other Catholic schools throughout the world in the era since the Second Vatican Council of the Catholic Church. In this book, the author, who has played a significant role in these developments, offers her memoir of the turbulence and the triumphs of this piece of educational history. She traces the development of the vision statement of Sacred Heart education against the background of the educational philosophy of the society.

Susan Maxwell, RSCJ Sister Maxwell began her educational ministry in the mid-1960s teaching children and adults in Harlem, New York. From 1974 to 1984, she served as headmistress at the Academy of the Sacred Heart, Bloomfield Hills, Michigan, and was a member of the editorial board of Independent Schools Magazine, a publication of the National Association of Independent Schools, Boston. She was the director of the Network of Sacred Heart Schools from 1984 to 1995. In 1997, she became director of Sacred Heart Schools at Sheridan Road, Chicago, where she served for twelve years. In 2012, Sister Maxwell completed a three-year term on the provincial leadership team of the former United States Province of the Society of the Sacred Heart. Sister Maxwell has served on the boards of trustees at many, if not most, Sacred Heart schools in the United States. She has consulted with the Society of the Sacred Heart provinces in Australia, New Zealand, Kenya, Uganda, Ireland, Scotland, Malta, Canada and Japan. She also served as a member of the New York provincial team from 1970 to 1974. Sister Maxwell holds a Bachelor of Arts degree in history from Manhattanville College, a Master’s degree in education from Northwestern University, and a Master’s degree in religion from Manhattanville. She completed a unit of clinical pastoral education at the Massachusetts mental health center and is a certified spiritual director.