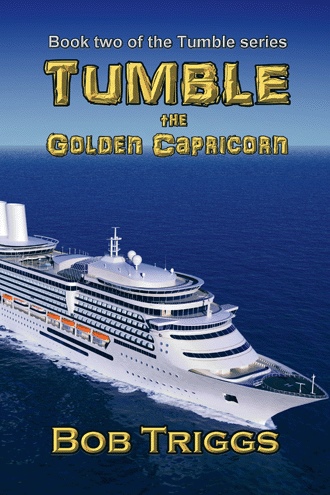 Jennifer tunes the car radio to her favorite music station, but they have abandoned the play schedule to report on the huge demonstrations outside the White House. She looks into the rearview mirror to see the flashing lights of a highway patrol cruiser bearing down from behind, and instinctively glances at the instrument panel. Her speed has crept up to seventy-eight in a sixty-five mile zone. “Crap!” She eases her foot off the gas pedal and allows the car to coast, but she knows it will not prevent a citation now she is on the officer’s radar. Jennifer prepares to pull across to the hard shoulder when the cruiser switches lane and soars past her with sirens blaring, and she breathes a sigh of relief. The cop must be on a mission more important than a speed violation, but the police car is a quarter of a mile ahead when it begins to weave across the highway to create a traffic break. She is forced to stop when it comes to a standstill straddled across both lanes, and the absence of vehicles on the northbound side leads her to conclude that a major accident has occurred somewhere down the road. The patrol officer climbs out and ignites some road flares, which he lays across the highway to signify a complete closure, and she groans. There is no alternate way around the mountains unless she drives back to San Luis Obispo and picks up route 58 to Interstate 5, but that will take five hours or more. Her only option is to settle in and hope it is not closed for too long. Her ruminations are interrupted by a heavy rumble, and a strong tremor rattles through the frame of her car. Three tanks drive up onto the freeway, and she watches with puzzled interest when the first Abrams crumples the metal divider as it drives over the center median. It comes to a halt on the northbound carriageway while the second tank stops astride the central reservation, and the third one pulls up across the southbound lanes. The turrets swing around to point in her direction, and Jennifer’s alarm continues to grow when a pair of artillery cannons are brought onto the highway and maneuvered into position between the tanks. A small group of marines walk over to the police cruiser, and after a brief exchange, the patrol car turns and drives back along the hard shoulder. The soldiers approach the cars at the head of the line with their rifles angled to the ground, and she rolls the window down. “Ma’am, you need to turn around and drive up the emergency lane to the first exit.” “I’m on my way to Oxnard.” “I’m sorry, but no one is allowed beyond this point.” “Why …” and she glances at the name tag on his right breast, “…Corporal Hackett?” “I don’t know. I’m just following orders, ma’am.” Jennifer makes it clear she does not believe him with a derisive snort followed by a sarcastic retort. “Of course you are … then can you tell me when it’s expected to reopen again.” “The closure is indefinite.” “You’ve got to be kidding me? I have to get home to my babies.” “Ma’am, I understand the inconvenience, but I must ask you to turn around and drive back up the highway. You’re holding up the traffic.” Jennifer gapes at him in astonishment. “I’m holding up the traffic?” Her anger turns to panic, and she begins to plead with him. “Ple-e-e-ase. My home is in Oxnard and I must get back to my kids. The youngest is only ten months old.” “Who are they with at the moment?” Intuition tells her not to mention her mother. “I had to attend an important meeting in San Luis Obispo and I’m paying a babysitter until I get back.” “What about your husband?” “He’s in the marines … somewhere in the Middle East.” A sliver of optimism rises into her chest. “He’s based at Camp Pendleton.” He studies her face for several seconds. “May I see your driving license?” She reaches over to the passenger seat for her handbag, snaps the clasp open, and rummages inside for her ID. The soldier scrutinizes it, then unhooks a radio from his belt. “Captain, I have a lady here who lives in Oxnard. Her husband is with the marine corps stationed in Iran, and she has three infants in the care of a babysitter. Do I have permission to let her through?” “The orders are specific, corporal. There are no exceptions.” He hands the license back to Jennifer. “I’m sorry, ma’am. You just heard what he said.” She pulls an iPhone from the handbag, but there is no signal, and she looks back up at Corporal Hackett. “How can I get around this mess?” “You can’t, ma’am. All routes are closed.” Jennifer’s face is flushed with fear. “Why?” “President Sinclair is going to make a special announcement in another thirty minutes.” “Who wants to listen to his bullshit?” she snaps. “Perhaps you should. I’ve been told it will explain everything.” She hesitates. “Everything about what?” He shrugs. “I guess you’ll have to listen to find out. It will be broadcast on every national television and radio network.” Tears well up into her eyes. “Maybe I should abandon my car and simply walk past your stupid tanks?” The corporal seems to suddenly disassociate himself from his emotions, and she is scared by the way he gazes through rather than at her. “If you do, you’ll leave me no choice but to shoot you, ma’am. Those are my orders too.” Jennifer is astonished at the sudden coldness in his tone, and a streak of obstinacy tempts her to call his bluff, but something in his demeanor frightens her and she starts the car instead, makes a three-point turn, and speeds of up the hard shoulder.

The earth continues to tumble slowly head-over-heels as President Lloyd Sinclair embarks on a mission to save mankind from total annihilation. The greatest mass extinction event in the planet’s history has begun, and his success will hinge on the existence of the twilight zone, a narrow latitudinal band that circles the globe just north of the equator. This is where a life-sustainable environment might subsist—but it will only support less than two percent of the 7.4 billion inhabitants on the planet. Neither does it pass through North America. The world watches in astonishment as Sinclair begins to act in a bizarre manner, but his efforts to suppress the tumble while he introduces a plan to control the twilight zone starts to crumble. Thelma Carpenter believes there is an association between the satellite failures, the extreme heat wave, and the president’s strange behavior, and she begins to seek a connection. Her boyfriend, Cobra, is skeptical of her suspicions, but he also knows not to underestimate her abilities. It is rare she is wrong.