We Believe in You 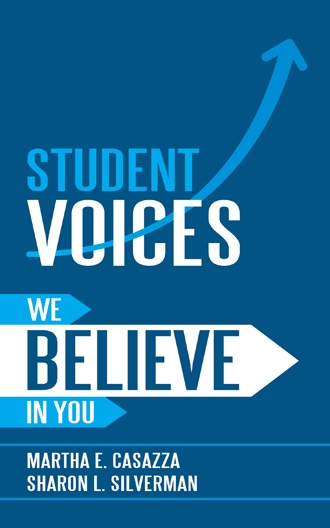 The student stories confirmed for us some of what we have seen throughout our years working with colleges and universities. We know, for example, that students who face challenges need a support system. There must be some type of institutional infrastructure. Whether it’s a tutoring center or a center for a specialized population like first generation students or veterans, students need a space where they feel comfortable asking questions and receiving academic and/or personal support. For instance, Jonathan was an Iraqi war veteran attending community college. He talked about how important the veterans’ center at his school was; it was there where he felt safe talking about his military experiences and receiving emotional support. Taylor, another student, who attended a small liberal arts college talked about his school’s center for first generational students and how he would not have made it without its academic support. The staff there taught him how to write college-level papers, something he said was lacking at his high school. These types of centers are significant, and that was confirmed across all the stories. What we learned and hadn’t completely understood earlier, however, is how important it is for students to have specific individuals believe in them at a significant time in their life. This was the primary thread that was woven throughout the stories: All students identified at least one person who had encouraged them to persist in the face of overwhelming obstacles due to their strong belief in them. In chapter two, you will hear Algernon’s story. He was in special education during his early school years, and when he arrived at the university, he was placed into all remedial classes. He was so devastated that he wanted to quit. He called his mom and told us, “That’s what made me really realize, you know, my mom believed in me and the faculty believed in me and I can do this, so I said, ‘okay.’ Even though I’m personally hurting, I know I can arrive above this.” You will also hear about Joshua who had six of his professors show up to a court hearing in order to speak on his behalf before a judge. He told us that one of the teachers said, “Man, he got in there; he buckled down; and he passed my class with an ‘A’…He has a determination about himself.” Joshua then added, “And hearing those good things just added more fuel to my fire inside to want to do well in school, to want to not please everybody but please myself. I want to make it not only in life but also in school.” From South Africa comes the story of two brothers, Patient and Melvin, who were the first in their family to attend the university. Their families live in a township and are dependent on social bonds for survival. Their mother called them every day to encourage them to work hard. They told us, “She really behind us…we are motivated almost every day because of her, and can see the reason why she’s motivating us. She believes in us; she’s really saying that WE as brothers, we are the ones to change the situation in the family. We are the ones to bring light into the family; we are the ones to motivate those young ones in the family that are coming after us.” Having someone believe in them was clearly at the heart of all the stories. But as we continued to listen and connect all the dots, we found three significant factors that were also evident in all of them: The students exhibited persistence, emotional awareness and self-efficacy. They didn’t explicitly articulate these, but we clearly heard them as they described their experiences. We wove them together to create the Believe in You model that is described in chapter six. You may think these factors are nothing new. You’re probably thinking, ‘of course, successful students have these characteristics.’ What we think is distinctive, however, is the integration of these factors and their direct linkage to having someone believe in them that contributes to student success. 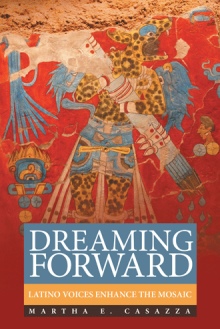 We are surrounded by voices, but how often do we actually stop and listen to the stories they have to tell? Martha E.Casazza and Sharon L. Silverman have been listening to the stories of students for the past five years, and they share how high achievers have overcome obstacles. Throughout the interviews, students told the authors having someone believe in them was key to their success. Find out what else made a difference in their lives by listening closely to Student Voices. This book offers a fundamental truth: If you listen carefully when students talk, you will learn a great deal. Casazza and Silverman listened, and the result is both a celebration of student achievement and a model for how to foster it. —Mike Rose, author, Back to School: Why Everyone Deserves a Second Chance at Education Casazza and Silverman go right to the source, the purest source, the student voice, to find out what truly works for students. This is what we as educators need to hear and heed if we truly want to succeed in our efforts to improve education. —Robin Ozz, president, National Association for Developmental Education

Martha E. Casazza has coauthored two books with Dr. Sharon Silverman: Learning Assistance and Developmental Education: A Guide for Effective Practice and Learning and Development. She also coauthored Access, Opportunity and Success: Keeping the Promise of Higher Education. She was a Fulbright Senior Scholar to South Africa in 2000 and was an invited scholar to the Kazakhstan-British Technical University in Kazakhstan in 2013. She is a founding Fellow of the Council of Learning Assistance and Development Education Associations. Sharon L. Silverman is an educational psychologist and a founding partner of TRPP Associates, LLC. She was a Fulbright Scholar in South Africa and a Fulbright Specialist at Suleyman Demeril University in Kazakhstan. She is the recipient of a Rotary International Award for Research in South Africa and the Noel Levitz Retention Award for student success programming.. Along with Dr. Martha Casazza, she co-authored numerous publications, including Learning and Development: Making Connections to Enhance Teaching.