Pregnancy Centers; Why I Serve 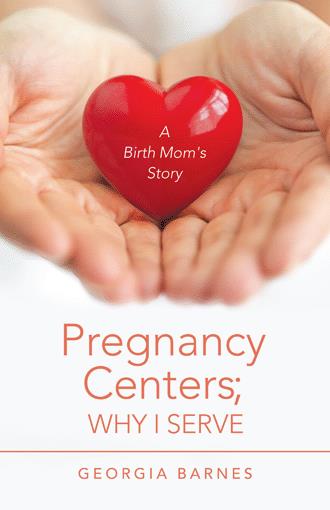 Although we trainees would continue to meet as a group, we were told there would be independent reading assignments. Up to that point, I’d had training in Stephen Ministries, so I really didn’t think I would have new things to learn and felt sure the training would be more of a review for me.
Though, it was a few days later that I found myself feeling a little uncomfortable with my reading assignment.

I remember that day as clearly as the sky that sunny afternoon. I decided to go out on the deck to begin reading through my training manual. It resembled what I had read before, and I felt confident that I could probably push through and read the entire thing. However, I paused when I came to the place where the reader was asked, “What is the client feeling?” I felt myself travel back in time. Pondering the different scenarios painted for the trainee, I found it increasingly difficult to imagine “her” as an imaginary person.

The reading gave the following suggestions:

Fear – The client may be frightened about telling her parents or partner the information that she has just learned. And looking at the future with this life-changing situation may be too overwhelming for the client.

Worthlessness – The client may have suffered from a poor self-image before becoming pregnant, and the pregnancy can intensify these feelings. Her deep longing to achieve significance and worth may have led her to a pregnancy scare or an actual unplanned pregnancy, both of which would further affect her poor self-image.

As I read these descriptive feelings, something surfaced inside of me. It was as if the wind had shifted and the pages of my past had blown open. I then realized that I wasn’t identifying with a fictional person. I was identifying with myself! Before I knew it, my mind took me back to when I was fifteen years old—scared, and alone. I knew full well this sense of worthlessness.

My sudden burst of emotion took me by surprise. While calming myself down, I asked Papa God: “Are there more areas of my past that I need to explore? I thought I received healing. Are there more fragments left that need mending?”

I truly thought I had processed all of my past and received complete healing.  But it was evident by my reaction that I might not be as “healed” as I thought. To be quite honest, this—that I had more of my past to process—was hard for me to admit to myself. But I’ve come to realize that in order for me to move forward I would have to allow the younger, forgotten me to have her voice.

The girl I had forgotten

Without going into the whole story about how my perception of being female became distorted, let me mention that I was the only girl of six children.

I had little girl things to play with, like my “Beautiful Crissy” doll. But I became quickly bored playing alone, combing out her red hair. After dressing my paper dolls with one-dimensional styles, I decided to leave my girlie world to join in the adventures that my brothers seemed to be having.

Ahh, my fondest memories were when I ran around like a little boy from ‘never never land,’ no T-shirt, hair in a wild mess, joining my brothers (and their friends) as they hunted for insects, frogs, and snakes.

At the end of every school year, my thoughts would drift to the daylong escapades we would embark on. I loved hanging out with the gang those summer months—it was my favorite time of the year.

The boys and I would jump out of our beds early, dress, and run outside barefoot into the dew-wet grass. Excited, we could hear frogs in the far-off distance; they sounded like huge creatures lurking in the woods nearby. I would set out determined to prove my worthiness by capturing the biggest frog or longest snake. The oohs and ahs that came from the boys’ mouths after I’d revealed the creatures I’d apprehended was gratifying. I felt valued and accepted. That was my driving force when I would jump into the thickest woods on my own. And once we moved out to the farm, I had an endless supply of these prize specimens.

Then one summer, I felt I had been thrown into quick sand. My heart sank when I learned that I had new rules to follow—one being I had to wear a T-shirt. I wasn’t allowed to follow the guys around anymore. And when our friends came around, it became a boys-only club. I didn’t understand why, and I felt rejected. How could I compete if I had no clue what captivated their attention? I didn’t know how to gain their favor anymore. Tree frogs were no longer cool to look at. I didn’t understand how I had gone from being one of the guys, laughing into the late hours of the night, to having the door slammed in my face.

It was a lonely time for me. I would go for walks down the long, gravel road we lived on, picking flowers and imagining myself as a lost princess. I let my heart believe that I was so important that the whole royal kingdom was out searching for me in order to bring me home.

Since her childhood, author Georgia Barnes questioned her self-worth and assumed her life was disposable. She struggled to find completeness. Knowing something was missing among the jigsaw pieces of her life, she didn’t realize she was hiding from herself. Shocked that she was living in denial, Barnes finds the courage to unlock the area of her life that was never allowed to surface.

In Pregnancy Centers, she narrates her journey of healing that she found when she stopped running from her past. An honest and sincere account, Barnes pairs her personal story in conjunction with her experiences becoming a volunteer at a Michigan pregnancy center. As a birth mom, she shares her story and why she feels so strongly about supporting this ministry.

In this memoir, she addresses the misconceptions often associated with pregnancy centers while at the same time encouraging others to become involved in a ministry suited to their own needs and interests. She offers a reminder that the journey through life can take many forms and chapters. Each person’s path neither defines them nor their future.

Georgia Barnes spent her childhood in Michigan and now resides in Indiana with her husband, Bob. She has three married adult children. Barnes’ enjoys spending time with her family – encouraging and building into the lives of others around her.