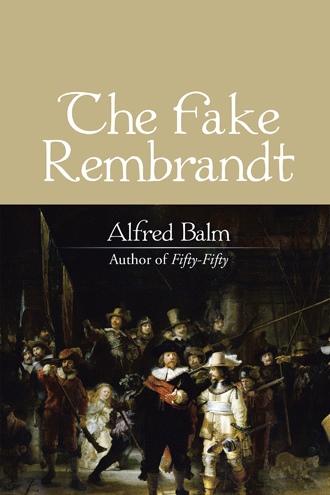 It’s early in the Second World War, and most of Europe is occupied by Nazi Germany under Adolf Hitler, aspiring to establish a thousand-year empire. The occupied countries will be robbed of their art treasures, the items to be exhibited in newly built German museums or to adorn the mansions of the dictator and his cronies. Treasures belonging to mankind, like the “Mona Lisa,” “The Last Supper,” and Rembrandt’s masterwork, “The Night Watch,” are scheduled to be stolen and transported to Germany. A heroic group of individuals in the Netherlands, assisted by the resistance organizations in both Holland and Germany, successfully mislead Hitler’s field marshal, Herman Goering, by producing a fake Rembrandt. It decorated his mansion in Carin Hall during the war instead of the real painting that was safely hidden in a mine, rolled up in a carpet, and saved for posterity. But at what cost? In The Fake Rembrandt, author Alfred Balm combines his passion for art and history and his experiences growing up in Nazi-occupied Holland to tell a fictional story of what might have happened to one of Holland’s national treasures. This novel brings to life the horrors of the concentration camps, the murders, the cowardice of some, the heroism of others, the love, the emotions, and the deceptions during Hitler’s reign.

Alfred Balm is an architect, entrepreneur, adventurer, and art historian. After building a multinational business conglomerate, he followed his passion and earned an art history degree. Balm and his wife have two sons and live in Canada. This is his second book.