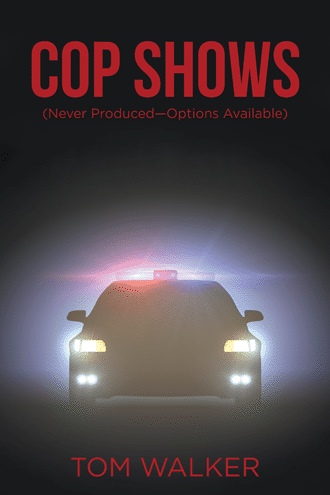 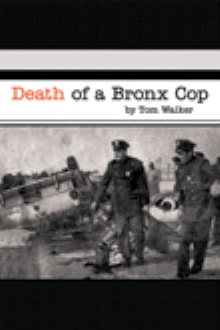 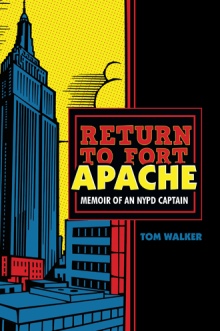 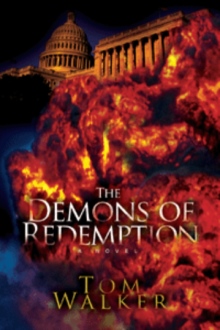 The Demons of Redemption
Tom Walker
$15.95 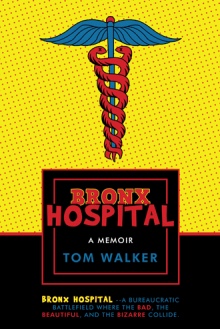 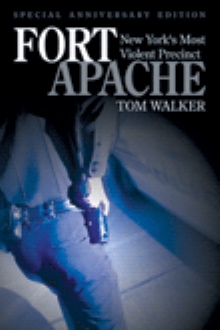 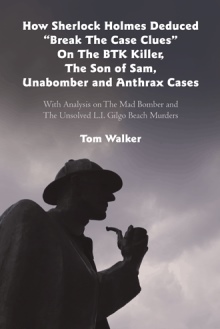 How Sherlock Holmes Deduced “Break The Case Clues” On The BTK Killer, The Son of Sam, Unabomber and Anthrax Cases
Tom Walker
$13.95

After twenty-two years working in precincts like Fort Apache in the Bronx, I decided to write some stories that relate to my experiences in these locations. The stories are unique in that they deal with subjects and material that are not common to police procedurals. For example, “The King Cole Trio” is about three black officers working in Harlem in the ’40s, ’50s, and ’60s. These officers were so beloved by the neighborhood for taking on not only the Mafia but also the local black gangs in the area and accomplishing such feats as preventing the assassination of Olympic champion Jesse Owens. Each of these eighteen stories have their special insights into the conditions that the police are confronted with.

Tom Walker was the executive officer of the notorious 41 Precinct—Fort Apache in the 1970’s and he wrote the novel “Fort Apache – New York’s Most Violent Precinct”. Captain Walker traces his family roots in the NYC Police Department back to before the Civil War.

As a physicist in the police laboratory, he performed instrumental analysis on various types of trace evidence. He taught criminal law at the Police Academy. He supervised the photo unit at the Manhattan Correctional Facility—The Tombs (during a riot, he and 3 policewomen were trapped in their cell block for 18 hours before fighting their way out—basis of his story, “The Girls of the 5th”). As a Captain, he commanded Precinct Detective Squads, supervised 911 Operations, was the Executive Officer in 3 precincts and ended his career as the Bronx Operations Officer where he coordinated police and detective functions at major disasters and riots.

While in the Police Department, Captain Walker completed the Internal Affairs Investigation Course, the Analysis of Evidence Course for Physicists and Chemists, the Methods of Instruction Course for Police Academy Teachers, the Hostage Situation Course and the Conflict and Dispute Resolution Course at Automation House in NYC.

Captain Walker’s second book, “Death of the Bronx Cop”, which deals with the “organizational murder” of his police Sergeant father, has become a cult classic among police officers and is currently under option as a movie of the week.

Captain Walker was a story consultant and technical advisor for the ABC TV series “Joe Bash”, which was produced by Danny Arnold (4D Productions).

Upon retiring, Captain Walker spent two years as Director of Security at Lehman College in the Bronx before opening his own Private Investigation firm in 1982.

In 1983, Captain Walker became the Vice President of Risk Management for the New York Bus Service. In 1998, he became the Director of Occupational Health Service at Jacobi Hospital in the Bronx. In that same year, he was the co-producer of the NBC mini-series, “To Serve and Protect”. He retired in 2003 to become a full-time writer.

He is a member of the Baker Street Irregulars, a group dedicated to the exploits of Sherlock Holmes. Captain Walker appeared on the TV show, “The $128,000 Question” as an expert on Sherlock Holmes and won $32,000. He is a member of the Society of Professional Investigators, the Licensed Detectives of New York State and the National Council of Investigation and Security Services. In addition, Captain Walker conducted promotional interactive training for police supervisors at Pace College; he is a qualified expert and testifies in court on civil service test matters; he serves as Director of the “COP SHOT” program operating out of the Chief of Detectives office, NYPD; he is a director of the Society for the Prevention of Cruelty to Children (SPCC).