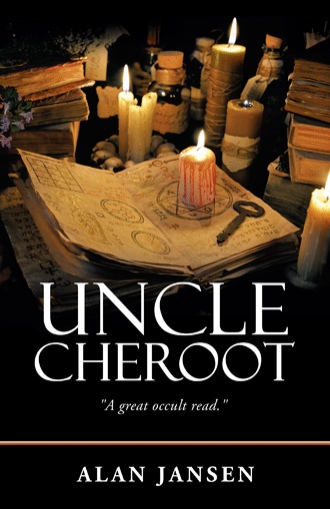 I, Akawander, once centuries ago a Roman and now a vampire, am the loneliest being in this world. I claim this title. Without doubt, it is surely mine and mine alone. I have been alone ever since I, then a human, survived the great sea battle between my lord Antony’s fleet and that of Octavian admirably led by the great Marcus Vipsanius Agrippa off the coast of Actium in ad 31. I will not dwell on history, but I will add here that I was a high-ranking naval officer in Antony’s fleet, serving directly under Gellius Publicola. A lot has been written about the brilliance of Agrippa, which eventually won the day and defeated the fleet of Antony and Cleopatra. I know that the defeat was not just the result of Agrippa’s brilliance but was a combination of other factors that held sway at the sea battle. I was not seriously wounded in the fighting, but a sudden fall from a shockwave that hit the vessel I was in when it was rammed by one of Agrippa’s galleys caused me to hit my head against the ship’s outer frame near the bow, sending me tumbling into the water. There was a lot of debris floating around, and although I was semiconscious, I still managed to cling to a solid piece of floating wood and slowly lift my heavily armoured body upon it. Thus I floated, sometimes conscious, sometimes semiconscious, and at times even totally unconscious. When conscious, I saw distinctly burning ships around me and heard the cries of the wounded and dying. I must have floated for more than a day, for when I awoke fully conscious for the first time and rubbed my hand over my chin, I felt an almost two-day stubble upon my face, which had been clean-shaven at the commencement of the battle. I must have floated far out in the sea, a long way from Actium. I woke up with an enormous thirst. The seawater looked quite tempting, but I knew I had to refrain. I dipped my hand into the calm sea and splashed water over my head several times to ease the throbbing from a deep wound that I noticed just above my forehead, which had probably taken the full brunt of the force of my fall and caused my semiconscious state. As I lay there on my wooden float, I watched as the sky changed, dusk and then night coming in quick succession. The sea, thank goodness, was still calm with hardly a noticeable ripple. Gradually I found the strength to sit up on my float. Knowing the Mare Nostrum [Mediterranean Sea] quite well, I wasn’t surprised when my float drifted close to a little island. I paddled with my hands on both sides of the float and managed with some difficulty to bring my rough craft close to the island. It was tough trying to half float, half swim to the shore in my weakened condition, but I was a strong man, so with some difficulty, I managed to finally get to the sandy shore and from there crawl to some sparse shrubbery, where I lay down exhausted. I must have passed out, for when I awoke again, I found myself in a cave of sorts that was roughly furnished with a great many furs and solid-looking chairs with small tables scattered around. In a far corner, a rough couch made of driftwood and other hard material had been fashioned out. The couch or bed had no linen, just a rough top of flattened wood covered with thick furs of some animal, probably bear. Even thicker furs were piled on the bedhead, forming a large pillow. There was no light in the cave except for a great fire roaring in a corner that gave off a good deal of warmth that permeated the entire cave. By my side lay a clay jug of water and a bowl of a steaming hot stew of sorts. I didn’t know how I came to be in the cave or who had put the food and water beside me, but I was grateful for it all. The water especially was so welcoming to my parched throat that I drank almost the whole contents of the jug. I attacked the stew with vigour and rapidly polished it off like a hungry wolf. As soon as I had finished my meal, I sensed for the first time that I was not alone in the cave dwelling. From a chair faced away from me, directly facing the great fire, a voice called out in a strange sing-song sort of intonation.

‘Ah! I’m glad you enjoyed your food and drink, stranger. Now that you are finished, come closer to the fire and sit beside me, for I have much to tell you. I found you on the shore of my island, but I had anticipated your arrival days before, as I sensed and saw you in a vision drifting on your raft on the calm sea. It’s not often I have human company. This island I dwell on is small. You can walk across it in half an hour. Only the seabirds and smaller animals live along with me. I have attended to the wound on your head, which is now almost healed. It will be all right soon. You will be in my company for a day or so, and on this island perhaps a bit longer. No ships pass this way, for my island is completely adrift of all known shipping routes. Now and then, driftwood and even storm-driven abandoned galleys make their way to my shore, which has helped me to furnish this cave. The furs you see around you have always been here. Everything else has come from wrecks and from my excursions to the lands on both sides of the Mare Nostrum you fought that battle in. I don’t travel anymore. I have not the slightest desire to travel to any longer. … Don’t ask me how the furs you see in abundance inside this cave came to be here. I don’t know. Perhaps my maker knew, but he took all his secrets with him when he went into the fire, unable to bear it any longer.’

I cautiously wobbled over beside the fire as he requested and almost collapsed onto a chair beside this being who had made such an amazing opening statement. Who was he? Who was his ‘maker’? And why did his maker ‘go into the fire’? What blasted fire? The questions reeled through my head in succession, but they stopped immediately as I got my first glimpse of my mysterious saviour. I was immediately shocked by what I saw. He was human in appearance at first glance, but any suggestion of humanity stopped upon scrutinizing him closer. His face was of the palest complexion I had ever seen on a human. I had seen plenty of albinos in Rome and elsewhere, but this being’s complexion beggared description. It was almost transparent in its waxy paleness. His thick and abundant hair was blond with a slight touch of red mingling here and there, but it was fully matted, obviously having not been brushed or combed for years. His eyes were remarkable. They shone out like a beacon from his pale face; they were sparkling golden green orbs glowing with a brilliant sheen I couldn’t explain. He was dressed in a long gown of sorts of a luxurious red satin weave with faded golden embroidery adorning the garment’s front and collar. His feet were bare, showing long toenails that were manicured into points. The skin of his feet was as pale as his face, and his toenails seemed transparent and shone with a luminous hue. I turned my attention from his feet back to his upper body, taking in again the strange transparency of his face. I couldn’t help noticing his hands folded on his lap. His fingernails were manicured into the same sharp points I noticed on the nails of his toes, and they had the same luminous hue and transparency. It seemed that he took great care with his feet and hands, compared to the matted jumble of his golden hair. The general impression his feet and hands gave was that he used them often for gripping and other such labours. As a soldier and officer, I was afraid of no man, but the strange being in front of me made me wary and put me on my guard. He oozed powerfulness and strength, and I knew he could crush me in a physical encounter if I ever found myself locked in battle with him – an assessment any professional soldier could always make of an adversary. 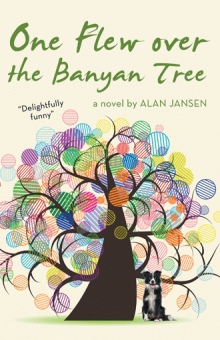 One Flew over the Banyan Tree
Alan Jansen
$25.95

Turtle Southton meets her uncle Cheroot for the first time when he visits her parents’ modest farm, located in the beautiful Cotswolds of England. She does not know that their visitor isn’t really human, although she does suspect that there is something worryingly strange about him.

Uncle Cheroot, it seems, is in love with Turtle’s mother, Julia, and is determined to make her like him through a mysterious blood exchange ritual. He returns to the farm over a period of several years, often involved in adventures with the locals. When Cheroot finally realizes that he will never change Julia, he leaves, and the family soon learns of his death in a plane crash. Shortly thereafter, however, Turtle finds her uncle’s diary and discovers the truth about him: he has lived for centuries as a hybrid vampire and a powerful Druid warlock. What’s more, Turtle realizes that she too has the gift—or curse—of longevity through an unplanned exchange of blood with her uncle. This revelation sets her on a path that will change her existence forever.

In this novel, a young woman inadvertently inherits the gift of longevity from her uncle, a hybrid vampire and Druid mystic who has long been in love with her mother.

Alan Jansen is a Swedish author writing in the English language. He gave up a promising career in telecommunications to turn to full-time writing. Alan lives near Lake Malar in Stockholm. He enjoys travel, the Scandinavian solstice, and animals. He is also the author of One Flew over the Banyan Tree.