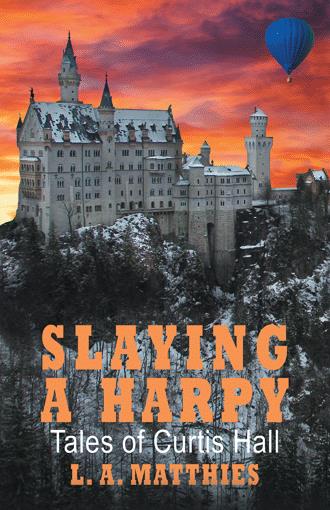 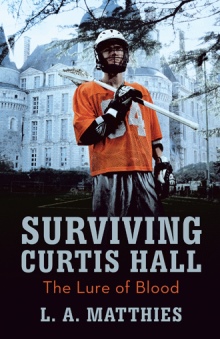 Tristen and his two best friends, Billy and Sasha, transferred to Curtis Hall so their parents could enjoy peace of mind and know that their kids would receive the best education while escaping the messy, complicated teen world of their hometown of Hibernia, New Jersey, a half hour away. Little did their parents realize that although their boys had received lacrosse scholarships to an incredibly prestigious school rivaling even the most extravagant college campuses, they now had stumbled onto its secrets as well. Starting to fit in at the elite boarding school, the teens find themselves faced with an even more imposing threat than the immortal vampires who have befriended them. Danger looms around every corner as one of the trio is cursed by the harpy’s mind control. One is blinded by inexplicable love for the deadly creature, and the third is forced to train as a hunter in the hopes of saving his friends. Tristen and Marcella’s love blooms as she and her vampire crew recruit Tristen and his friends to find a way to outsmart, battle, and hopefully, conquer this powerful mythological beast posing a devastating threat to her and her vampire family. Will Marcella’s greatest nemesis, her own brother, Pietro, aid the faction’s cause or side with the harpy to destroy his sister? Can the skill and experience of a battle legend be enough to equip the young humans with the strength they need to defeat the harpy’s curse?

L.A. Matthies is currently a hairstylist, color specialist, and full-time, single-parent. She has previously published one other book, Surviving Curtis Hall: The Lure of Blood, which was the recipient of the Pinnacle Book Achievement Award in 2013 for the Young Adult category. Matthies lives with her three children in Dix Hills, New York.