Origin of the Meningococcal Vaccine 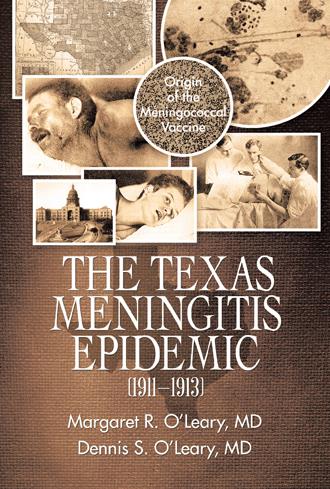 “On Tuesday, February 11, 1913, cerebrospinal meningitis invaded the Texas State Capitol building. It first struck Texas State Representative Thomas McNeal, a previously healthy, 62-year-old attorney, judge, farmer, husband, and the father of five children from Lockhart, Caldwell County. He had taken an active part in the House of Representatives’ proceedings for the previous five weeks. While working in the Great Hall of the House of Representatives that Tuesday, Representative McNeal complained of a chill. On the advice of his colleagues, he returned to his boarding-house room in Austin. On Wednesday morning, February 12, 1913, his son found him unconscious in bed and called a local physician who diagnosed cerebrospinal meningitis and administered antimeningitis serum. On Friday morning, February 14, 1913, Representative McNeal was dead. He had succum/bed to meningococcal meningitis in only three days.”

“In the final days of 1911, 33-year-old Dr. William Worthington Samuell, a capable Dallas surgeon, noted the growing number of meningitis cases in Dallas requiring his care. Dr. Samuell knew how to perform lumbar puncture procedures and how to infuse Flexner antimeningitis serum. He also kept careful track of his patients’ outcomes. He soon identified a discrepancy between his cerebrospinal meningitis mortality rate for the patients in whom he used Flexner antimeningitis serum and the mortality rate espoused by Dr. Flexner in his various writings. Dr. Samuell noted that Dr. Flexner espoused that his serum was effective and perfected a cure in 90 per cent of the cases in which the serum was tried. By contrast, Dr. Samuell observed that the serum was not nearly so effective, curing only about 55 percent of patients in which it was tried in Dallas. Dr. Samuell was not bashful. He sent a personal telegram to Dr. Flexner requesting his opinion about the possible reasons for the observed discrepancy. He also had a view to inviting Dr. Flexner to come to Dallas to determine the reasons for the discrepancy. Dr. Flexner wired back.”

In The Texas Meningitis Epidemic (1911–1913): Origin of the Meningococcal Vaccine, two physician authors present the dramatic medical history of a monstrous southwestern disease epidemic. They also describe the development of the intraspinal antimeningitis serum treatment for curing the disease and the meningococcal vaccine for preventing it. The authors bring the events to blazing life by skillfully drawing on original texts that evoke the grit and grace of everyday people who united to vanquish a brutal disease in early twentieth-century Texas.

Margaret R. O’Leary, MD, is one of the first residency-trained and board-certified emergency physicians in the United States whose medical practice career spanned two decades. As the award-winning and best-selling author of more than fifteen books and many professional articles, Margaret’s publishing career has spread over four decades. Today Margaret enjoys writing, big gardening, and playing her beautiful cellos.

Dennis S. O’Leary, MD, is the president emeritus of the Joint Commission, a former dean for clinical affairs and professor of internal medicine at the George Washington University, and the hospital spokesman in the aftermath of the assassination attempt on President Reagan’s life in 1981. Dennis is also the grandson of Dr. Abraham Sophian, a central figure in The Texas Meningitis Epidemic (1911–1913). Today Dennis is a keen sports fan who also enjoys thriller novels and crossword puzzles.