Is God a Reality? 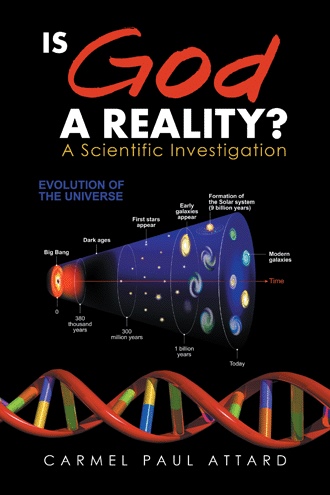 All the fine-tunings of our universe, described in the previous chapter, are hard to explain away—unless one postulates that the number of universes is infinite. Philosophically, it is impossible to have an infinite number of objects, so scientists have suggested a very large number of universes: 10500 say; some of them containing life, most of them don’t. This is far too small a number to beat all the various odds described in the previous chapter …. But let us assume, for the sake of argument, the existence of an extremely large number of universes: enough of them to make the hypothesis plausible. In his article “Cosmos and Creator”, science and theology analytic philosopher William Craig explains that, according to this hypothesis, our observable universe is a part of a wider universe-as-a-whole: one of many different mini-universes. These mini-universes are like soap bubbles in air, which inflated from the original larger universe-as-a-whole; these then grow into mini-universes within the whole. We only observe our own mini-universe expanding, but we know nothing about other similar mini-universes. … This hypothesis assumes that the mother universe, the universe-as-a-whole, is not expanding and that it is eternal. … Now, since the mother universe is assumed to be eternal—that is, its past is infinitely long—an infinite number of mini-universes would have spawned, and all the individual universes would have merged by now. Of course, this is not supported by any kind of observation. If, on the other hand, we additionally assume that the background space, the mother universe, is also expanding, then we must posit an origin for the wider universe and its expansion; thus, we are right back where we started: that is, in a position similar to explaining what initiated our Big Bang. … Historically, science has always assumed that our observations are typical of the whole universe, and not that distant galaxies obey different laws of physics from ours. This is a “new” kind of science. Unless there is evidence to the contrary, scientists should not try to have things both ways! Why should we suppose that the laws of physics we observe in our universe are different in the other mini-universes? … Will we be able to observe or prove otherwise the existence of any of these mini-universes as true science is supposed to do? … Apparently, by their own admission, these universes are completely inaccessible to us by any physical means. If science assumes that these multiple universes are so far away as to be inaccessible to us, by definition, then, in my opinion, this concept has no place in our science: if a concept does not lend itself to being proved or falsified, then it is not classifiable as science; it is pseudoscience. … In this book, on the other hand, I contend that the existence or non-existence of God is a scientific question about reality, and that it lends itself to be statistically provable or falsifiable through the evidence in our universe and on our earth. 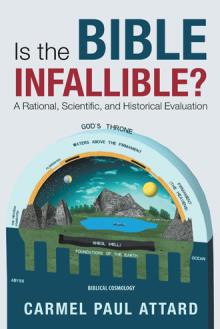 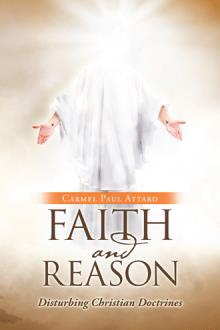 Is life common in our universe? Did life on earth start spontaneously from inanimate matter? Is there evidence of intelligence in the living cell? Is there enough evidence for evolution? Did all life have a universal common ancestor?

Does thinking emerge from brain complexity? Does the “self” exist, or is it just an illusion? Can science explain our consciousness? Can the soul or self be separated from the body? Is there any evidence for an afterlife?

Is there any positive evidence for the existence of God, or is it all inferred? Is proposing the existence of a creator pseudoscience? Does survival of the fittest imply a malevolent creator? Why all this pain and suffering in life? Is there any meaning to life? Do heaven, hell, and purgatory exist; where are they?

Is God a Reality? is a lifetime study of these questions by a scientist.

Carmel Paul Attard, currently leading power-supply sustaining engineering, has a bachelor’s degree in physics and mathematics from the Royal University of Malta. He and his wife, Mary, have three children and two grandchildren, and they live in Brampton, Ontario, Canada.