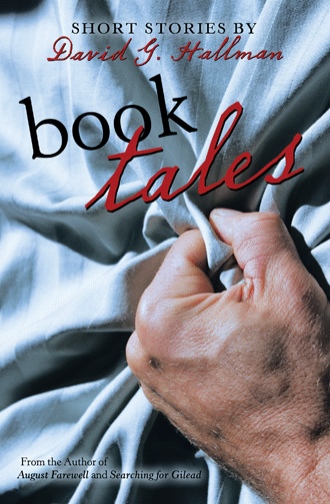 “Why don’t you step back further so you can get Gibraltar in the picture?” Alistair cupped his hands the width of a rugby ball over his left shoulder. “Like about here.”

“Why don’t you take a flying leap over the railing?” Simon mumbled. He snapped the shutter without having stepped back and tossed the camera toward Alistair. Alistair lurched to his right, awkwardly trapping the camera against his body.

“Jesus, Simon, it could have gone overboard.”

Simon walked back to the bench out of the wind and ran his fingers through his hair. Sitting down, he wrapped his scarf more tightly around his neck and pulled from his jacket pocket the dog-eared copy of The Sheltering Sky that he had picked up in a bookstall at the ferry terminal. He’d never read it and figured this was as good a time as any. He flipped it open to where his ticket stub was acting as bookmark.

Alistair retrieved the camera case from where Simon had dropped it and slid the camera inside. He turned around, rested his palms on the banister, and watched the Rock diminishing in size as the ferry moved further from the Spanish coast. Shards of mid-afternoon sunlight slipped through the clouds and flashed onto the rock face. The slightest of drizzles, a fine mist, swept down from the sky and up from the sea. Alistair’s glasses became speckled with moisture. He took them off, gripping them tightly in his gloved hand, closed his eyes, and tilted his head up into the wind. The cold and wet irritated his bald scalp. He winced but didn’t move. It’s bracing, he told himself.

He had made the crossing many times. Tangier had proven irresistible ever since his first exposure as a student thirty odd years ago—the chaotic vibrancy of the city, the exotic texture of the food, the clandestine sex with young Moroccan men on the beach and in the hills. And once his public school mate Rupert was appointed cultural attaché at the Consulate, Tangier became a second home. They adored the city and each other. Never in bed though. Oh God no, never with Rupert. Alistair shuddered at the thought.

This trip was different. He was no longer alone. For the first time, he would be in Tangier with a lover. He glanced over his shoulder to admire Simon on the bench and felt this past year’s intimate companionship suffuse his every pore, Simon’s moodiness notwithstanding. Then immediately the pain of loss collapsed on top of him. Lady Priscilla, his mother, wasn’t supposed to have died. Ever. She had been a force of nature all his life. For the first time, he wouldn’t be sending a postcard home to her, jabbering to her on the phone about excursions into the desert, anticipating an evening of cocktails and conversation at the Manor on his return. Alistair smudged the vapor off his glasses and put them back on. He looked at Gibraltar, a metaphor for the state of his heart—monumental with his new love, scarred and crumbling with the loss of his mother.

He joined Simon on the bench and sat close enough that their bodies were pressed lightly against each other. Simon didn’t shift away. Alistair lifted his arm and wrapped it behind Simon’s neck, resting it on top of the bench. He moved his hand down onto Simon’s shoulder and gave it a squeeze. Simon slipped his ticket stub into his book and closed it. He raised his head and looked out at the sea and then turned toward Alistair, smiled and shrugged. Apology enough for Alistair. He smiled back.

The two of them had the upper deck pretty much to themselves. All the Moroccans were inside protected from the blustery January winds, the scenery holding no interest for them. Only a few other westerners were on board. Suddenly, now in January 1991, North Africa had become a destination to avoid what with the Gulf War in full swing.

If Simon had had his way, they wouldn’t be here either. Not because of the war. Both Simon and Alistair considered the westerners fleeing the region to be wimps. Rather, Simon had wanted to spend their break in Florence. He needed more time in the Uffizi library for his graduate thesis research on early Renaissance art. So he was in one of his moods.

Alistair needed to come to Tangier and he was paying for the trip. While he was sorting though his mother’s papers, he had come across a property deed from Tangier in her name—her maiden name—dated 1948, three years before he was born. She never mentioned having been to Morocco, a conspicuous and disquieting omission given Alistair’s ravings about the country’s allure.

For the past year since they had become a couple, Alistair usually acquiesced to Simon’s wishes. The mystery of the property deed meant this time was an exception.


The taxi finally arrived at the small hotel’s front entrance on the narrow rue Magellan. The driver fiddled for a few moments with the parking break to ensure it engaged. Simon offered his arm to help steady Alistair as he struggled to get his footing on the street’s steep incline. The driver yelled in Arabic toward the hotel entrance and within a few moments a stocky young porter appeared. Alistair’s hand, still resting on Simon’s arm, twitched as they both watched Makmoud descend the few steps.

“Bienvenue à l’Hotel el Muniria.” Simon reached out his hand and shook Makmoud’s. Alistair slipped his hand off Simon’s arm, rested it on the car for support, and nodded. Makmoud smiled at them both and headed toward the boot to get the luggage.

The receptionist flushed as he examined Alistair’s diplomatic passport and said in heavily accented English, “Oh, Mr. Paddington. I’m so pleased you chose our humble hotel.” Alistair grunted, signed the register, and headed toward the stairs leading up to their first floor room. Makmoud waited for Simon but Simon stepped aside insisting that Makmoud go ahead. Simon then followed close behind, his gaze fixed on Makmoud’s tight buns.

As Makmoud brought the luggage into their room, he rattled off the tourist-spiel about William Burroughs and Alan Ginsberg having stayed at el Muniria. Alistair collapsed onto the bed, shut his eyes, and paid no attention. Almost immediately, he started to snore. After placing the bags on the luggage racks under the window, Makmoud tiptoed past the end of the bed and toward the door where Simon stood holding out a twenty Dirham tip in his hand. Makmoud titled his head in appreciation and reached for it. Simon didn’t let go. A little tug-of-war ensued with the money.

Makmoud stared at him hard for a moment. He looked over to the bed. Simon raised his fingers to his lips. “Shh. Je parle de moi seulement. Pas de nous deux.” Simon released his end of the note.

“D’accord, Monsieur Simon.” Makmoud leaned in toward Simon who, for a second, thought that he was about to be kissed. “Tu voudrais du kif, aussi?”

Makmoud pinched his thumb and index finger together, raised them to his lips, and mimed a toke.

Makmoud grabbed hold of Simon’s arm and drew him out into the hallway. He pointed to a closed door at the far end of the frayed carpet runner. “L’escalier va au toit,” he said pointing his finger horizontally and then thrusting it upward at a forty-five degree angle. He turned and without another word walked to the central staircase and back down to the lobby.

Simon stripped and headed into the bathroom to enjoy a shower after the hectic trip. Simon stretched his head back in the shower relishing the full force of the warmth on his face and thought of Makmoud. He looked down and watched the water bouncing off his erection. 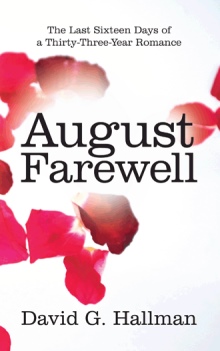 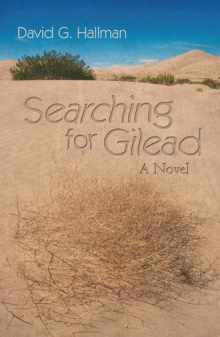 “I love to read books. I love to write books. So I decided to write a book about reading books,” says David G. Hallman about this collection of short stories, each of which revolves around the characters’ interaction with a piece of literature. Combining fiction, creative non-fiction, and semifictionalized autobiography, Hallman has crafted tales that draw readers into his characters’ complex lives using the lens of books such as Paul Bowles’s The Sheltering Sky, John Le Carré’s The Constant Gardener, E. M. Forster’s Maurice, Patricia Nell Warren’s The Front Runner, Robertson Davies’s Fifth Business, and Hallman’s own memoir August Farewell. Some of the stories focus specifically on the literary work. In others, the role of the book in the plot is quite subtle. The stories are emotionally engaging and intellectually stimulating with some being sexually explicit. Each one is a dramatic exploration of the joys and heartaches, the thrills and conflicts inherent in personal and social relationships. The connecting theme of the role of books illuminates linkages between art and life. The short stories in Book Tales with their gay plots and themes depict the characters finding insight, courage, and inspiration through a variety of literary works.

David G. Hallman worked in the field of global environmental ethics and authored five books on the subject. Now retired, he is the author of the gay novel Searching for Gilead and the memoir August Farewell about the sudden death of his longtime partner. David lives in Toronto, Canada.