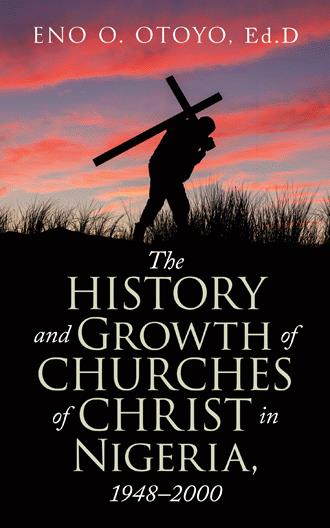 Through God's providence, three cities, Lindwarmstrassee in Germany, Johanesburg in South Africa, and Ikot Usen, Ibiono, Akwa Ibom State, Nigeria, in that triangular connectedness, became pivotal in the establishment of the Churches of Christ Restoration Movement in Nigeria. A network of theologically trained young men, without affiliation with an established religious group, nor from a privileged aristocracy that could have funded the movement, sacrificially and painstakingly pioneered the establishment of church in many communities of Nigeria. The author earned his doctorate degree at Pepperdine University. Taught school, and served as a Counselor with the Los Angeles Unified School System for thirty years. He travelled extensively in forty states of the United States, England, Germany, the Netherlands, Italy, Spain, extending to the Cameroons, Togo, Tanzania, Liberia, and Ethiopia. His observations and studies of school systems, a comparative knowledge of major religions and denominations, provided him with the tools, and most importantly, his first-hand knowledge of the teachings of the Church of Christ, in the production of this engaging work. He contends that evangelism should involve, the spiritual, emotional and physical growth pattern equivalent to Christ's. Scriptural correctness and adherence to it, should take precedence over human ingenious doctrinaire and practices. This is an excellent, historical document for curious seekers.

Eno Otoyo is a missionary and educator who has pioneered the establishment of Christian institutions in Akwa Ibom State, Nigeria He graduated from Pepperdine University with a master’s degree in educational psychology and a doctorate in education His wide and varied experiences have equipped him to narrate the comprehensive story of the Restoration Movement of the Church of Christ in Nigeria He offers biblical remedies to bring people back to God in accordance with the scriptures Otoyo applies a holistic approach to averting poverty and developing people’s aspirations and needs by equipping the poor and the disadvantaged with vocational skills in a spiritually healthy educational environment He also contends that evangelism should involve not only the spiritual but provision for skills training, designed to ameliorate the conditions of the poor and disadvantaged