Pleased to Meet You... 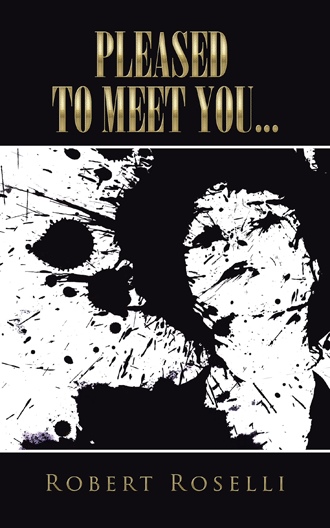 This is a “fictional” conversation in which Orwell’s 1984 merges with John Carpenter’s They Live and In the Mouth of Madness while Mick Jagger’s “Sympathy for the Devil” plays in the background. In 1984, Winston, the main character, is interrogated by a Party member named O’Brien after the former is caught in an illicit love affair, hence the name of my fictional character. Mr. Orwell’s book is genuinely depressing, primarily for two reasons. One, as will be discussed carefully throughout the story, it describes to a T the situation we find ourselves on the brink of here in this once-great nation – and in fact the world – as is also predicted in the Book of Revelation. Two, Orwell doesn’t believe in the saving grace of God through his Son Jesus Christ. This means there’s no hope for mankind whatsoever except a descent into the endless abyss of a communistic system of government controlled by the compassionate Big Brother with its citizens even coming to love their slavery. There is no other logical conclusion one can arrive at absent the God of the Bible. It’s all documented on my web site, www.boxofsunglasses.com, which I hope readers will consult, along with my other books, as the terms and names that arise in the “conversation” that is to follow have an all-too-literal relevance to my other works and can help provide a firm foundation from which to understand them-as well as the current events that continue to unfold towards an unspeakable climax of Biblical proportions.

The conversation is a figment of my imagination but the historical events that Mr. Obrien - who represents the real Establishment throughout history and our very own shadow government today in 2016 - and his associate, Mr. Khul, discuss are, unfortunately, as factual as they are disconcerting. This book was originally written in 2007, but little has changed in the past decade. Even the insults are direct quotations from those who’ve served as the forerunners and inspirations for many of today’s pre-selected phony Progressive Presidential candidates and other liberal sell-outs who reside in “both” political parties that THEY have provided us.

Now let’s take a look into the “Great” Plan of our very own criminal Illuminati elite as THEY attempt to usher in their very own “Great” Society. From here on in, discernment (read: Independent Thought) is key.

And remember, since you won’t hear about this on The O’Reilly Factor and FOX News nor will THEY talk about it, this account is a totally fictional story by a lonely and kooky conspiracy theorist.

With that let’s join Mr. Obrien and his friend who goes by the name Mr. Khul in their usual daily routine of numbing the masses to sleep in the fictional land of New Atlantis.

Except today a problem arises… 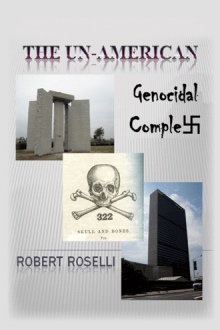 I am everywhere yet I am nowhere. I don’t exist yet I rule the world. I am known as The Great Geometer and Architect of the Universe yet I am the author of chaos. I have no name but I take after my mother, a woman of 10,000 names who was never born. I am the Angel of Light but also the Prince of Darkness. I live in the shadows and remain silent but speak to you every single day. I am your friend and want nothing more for you than to share in my eternal torment. Nobody can see me yet I am hidden in plain sight. I am Columbia and sunrise in the east and Occidental and sunset in the west. I tell the truth yet it is still a lie. I am 44. And I am VERY pleased to make your acquaintance....

Robert Roselli, currently a civil engineer, has a bachelor's and master's degree in civil engineering. He has previously published two other books, "THEorY of LIVEvolution: "Great" Society of the UN-Dead and "The UN-American Genocidal Complex. Also, he has numerous postings in regards to "the conspiracy" on his web site boxofsunglasses.com.