What Is the Government Really Covering Up? 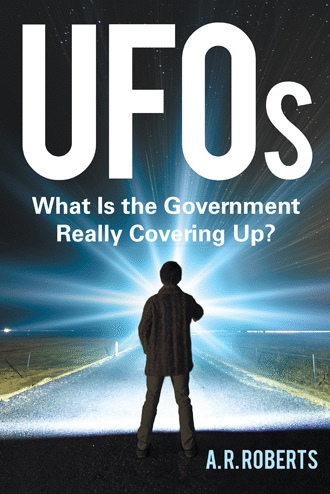 The air force and the government took extreme measures to cover up the event by claiming it was only the debris of a balloon. If true, then why would they make death threats to a twelve-year-old girl and her family over a balloon? Why would they threaten to revoke a radio station’s license over a balloon? Such actions suggest the military was dealing with something of extreme importance… and it was not a balloon. (The Roswell incident) ….Why, twenty-one years later did they resurrect a long forgotten event with a new explanation? Surely, they knew that by then there were some street-smart researchers who would launch their own investigation to see if it was true, which they did... and it wasn’t! They learned from the official records that although a test of the lunar lander occurred on the same day as the Socorro incident, it ended hours before Officer Zamora’s encounter. They also learned that at the time, the lunar lander could not fly—it was a mock-up with no propulsion system and dropped from a tower in an impact test. Also, the lander was trapezoidal in shape and in no way fit the description of the white egg-shaped craft described by Zamora. One might easily suspect this as a disinformation ploy. Why would the air force, twenty-one years later, revive a forgotten incident with a new explanation that was false? This is a classic example of the government stirring up the pot of UFO controversy... and we have to ask why.(The Socorro incident) 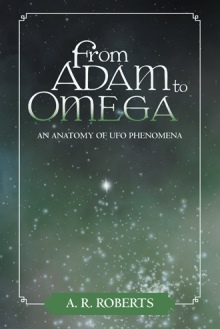 “UFOs: What Is the Government Really Covering Up? is not just another book about the 1947 Roswell crash. Ingeniously, Roberts takes a step back and o ers an in-depth survey of the UFO phenomenon as a whole. Using familiar case studies of alien encounters as examples, he casts a wide net that shows a clear pattern of extraterrestrial visitation and the ensuing cover-up by US and world governments. In the end, the reader cannot help coming away with the same conclusion—that something is going on and our government knows it. A must-read for those interested in ufology, conspiracy theories, and ancient aliens.”

While a seemingly unexplained event in Roswell, New Mexico, in 1947 exposed the American people to the phenomenon of unidentied flying objects—or UFOs—these mysterious sightings have a history that reaches far back into our collective past. Ancient megalithic structures, biblical stories, and even prehistoric art and cave paintings point to the existence of nonterrestrial life—and with advanced technology, new recordings, and the Internet, more evidence points to their continued presence today.

Why, then, do we the public know so little? Why has the media ignored credible reports from eyewitnesses and ufologists? And why have world governments suppressed these facts from their citizens? The UFO enigma is an extremely complex jigsaw puzzle comprised of many pieces. However, they t together in a way that presents a cohesive theory when you connect all the dots.

A. R. Roberts is also the author of From Adam to Omega: An Anatomy of UFO Phenomena, and he has been researching UFOs for more than thirty years after having his own encounter in 1955. Formerly a musician and photographer, he is now semiretired and lives in South Florida.